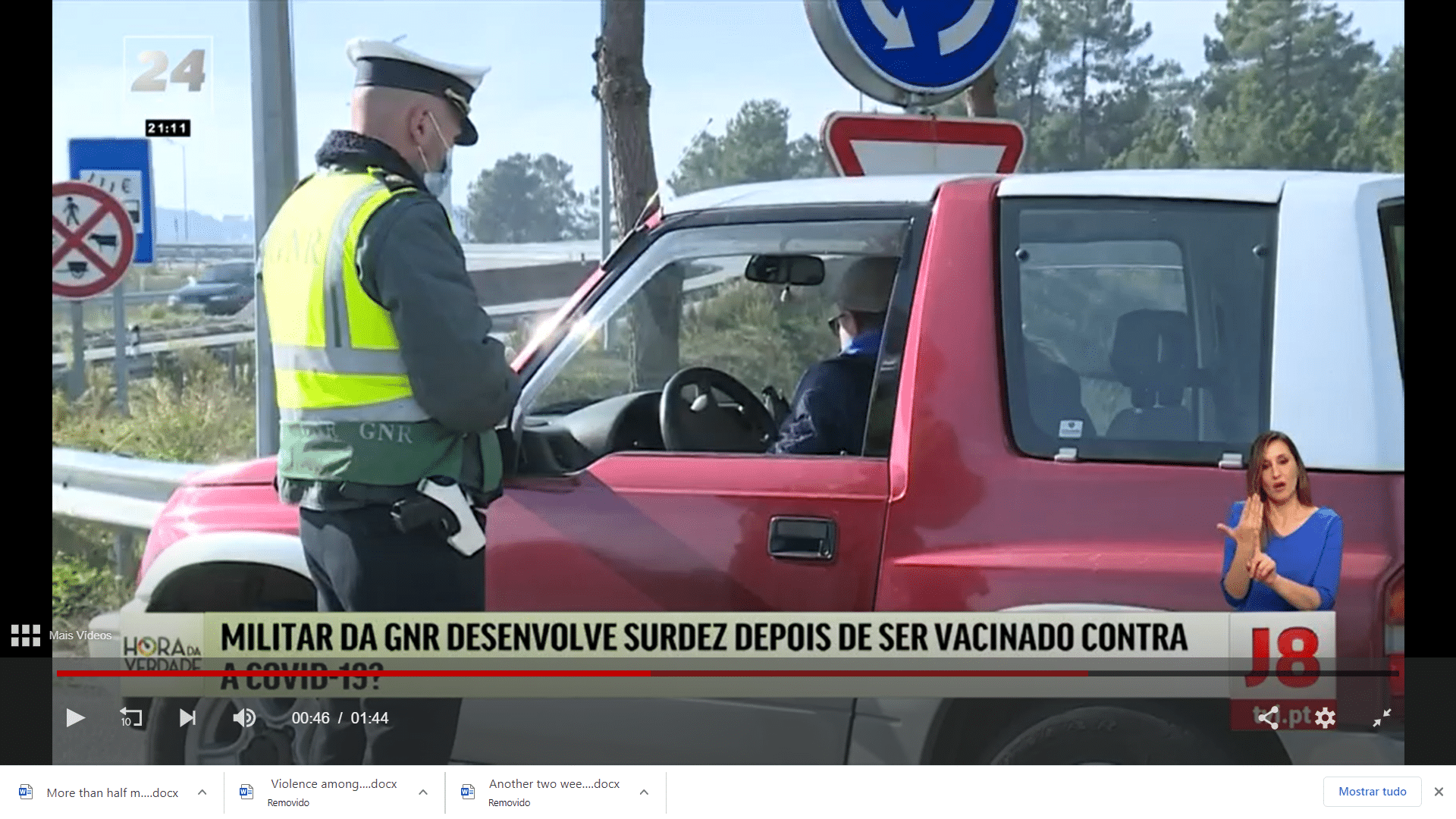 A GNR agent attached to the traffic division in Viseu is undergoing specialist treatment in a hyperbaric chamber as a result of losing his hearing in his left ear shortly after receiving his first dose of the AstraZeneca vaccine.

Infarmed is understood to be ‘finding out if the vaccine is the direct case of the deafness’.

For now, all reports are keeping the man’s identity anonymous.

What has been explained is that he had his jab on February 23 “and showed signs of deafness in his left ear at the beginning of March”.

Correio da Manhã says the man is being treated with pure oxygen in a hyperbaric chamber at the Hospital de Forças Armadas in Lisbon.

The treatment involves breathing the oxygen at “a pressure superior to that of the atmosphere”, explains the paper.

Hyperbaric oxygen therapy, or HBOT, works on the basis that it increases the supply of oxygen to the ear and brain. Beyond being used for hearing loss, it is also used for severe cases of tinnitus.