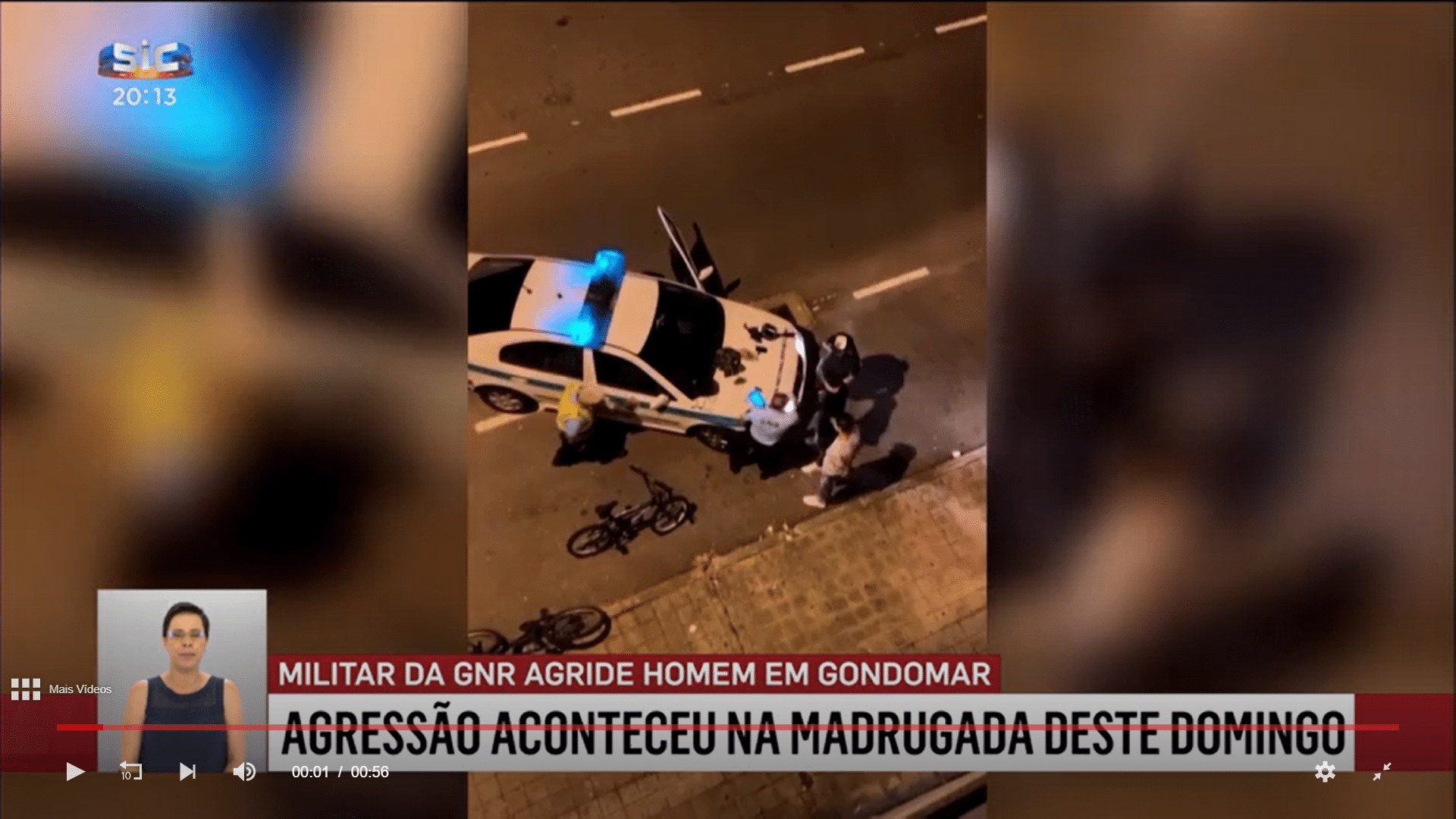 His ignominious performance has been splashed all over national and social media, along with the soundtrack where another agent appears to say Covid-19 doesn’t exist.

As SIC television news has reported, “it’s not clear what motivated the violent slap that a GNR agent of Fânzeres (Gondomar) gave a man in the public highway. The aggression took place in the early hours of Sunday morning and was filmed and posted over social media…”

It’s also not clear why none of the GNR agents appear to have been wearing face masks.

As to the comment that Covid-19 doesn’t exist, well that too will be part of the ‘disciplinary process’.

Says a statement from the GNR general command today: “ The National Republican Guard does not identify with this kind of behaviour, for which reason a respective process of a disciplinary nature will be opened to clarify the facts and circumstances that led to these actions…”

This appears to be yet another moment in time that might never have been noticed were it not for tech-savvy bystanders.

Under Portuguese law it is generally ‘forbidden’ to identify agents of the law on camera. It seems clear from the images taken of this incident that the agents had no idea they were being filmed.