We are what we eat. This is only partially true. We are also what we absorb.

Separating nutrients and the waste products that leave our body from the food we eat involves numerous physiological functions. Food is more than just calories, food is information for the cells of the body, but remember that they will answer back one day, and you may not like their answers…

Most of the nutrients are absorbed through the small intestine, right? So, step by step we are reaching the main issue…

The problem appears when your small intestine starts to absorb more than just nutrients. In fact, proteins as well as other large molecules can, to a certain extent also cross the intestinal lining, even in healthy individuals.

And what about gluten? There is absolutely no problem with foods rich in gluten, on condition that you do not eat them! Why? Because gluten increases your intestinal permeability leading to serious health problems, even in individuals that are not gluten-intolerant.

The importance of a healthy gut has been increasing during the past few years, since it was scientifically proved that the genesis of a large number of immune-inflammatory symptoms originate in the bowel.

This syndrome, also called “leaky gut”, describes how “big molecules” residing in the interior (lumen) of the intestine, that should not be absorbed, are absorbed through the intestinal mucosal cells and subsequently released into the general circulation. When our body receives these molecules it starts to feel “confused” and as a response attacks these undesirable toxins, developing antibodies against them. Thus several systemic disorders may develop.

This syndrome is generally caused by exposure to substances that damage the integrity of the intestinal mucosa, such as gluten, which is present in wheat, rye, barley and oats.

So, having a gluten-free diet is not a trend, it has been scientifically proven that even if one does not suffer from celiac disease, our health will benefit.

An auto-immune disorder may occur in people that are genetically predisposed to celiac disease where gluten leads to damage of the small intestine or to gluten intolerance.

It has become increasingly common in the last decades for individuals that are not allergic to wheat or that do not suffer from celiac disease to suffer from intestinal problems related to gluten intolerance, with symptoms including: bloating, abdominal pain, fogginess, depression, constipation, alternating with diarrhoea, tiredness and other symptoms.

It is increasingly common for doctors to see patients complaining of gastro and intestinal problems when there is no disease present. This is related to the ever increasing consumption of food containing wheat, due to its high availability and low cost.

The real problem started some decades ago with the bakery industry. The use of wheat became more productive, more resistant to pests and best suited for baking.

These changes altered the profile of the nutrients, in particular peptides and proteins. The speed at which wheat flour is processed, eliminating the need for fermentation before baking, has created a high allergenic cereal.

It is believed that these changes have contributed to an increase in the prevalence of celiac disease and potentially a hypersensitivity to gluten.

Another reason is related with alterations in our intestinal flora and immunity leading to increased allergy to other foods. An increase in intestinal permeability induced by gluten, reduces an important molecule, Interleukin 10 (IL-10), which is a cytokine with potent anti-inflammatory properties that plays a central role in limiting host immune response to pathogens, thereby preventing damage to the host and maintaining normal tissue homeostasis. For this reason gluten leads to a depression in our immune system.

Last, but not least, gluten is useless, it’s not an essential nutrient, and for that reason there is no need to add it to our diet. 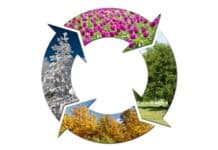