“Ten years ago, I started collecting food and toiletries from friends to give to needy families in the area to help them to have a happier Christmas. With the help of one of my daughters, we managed to fill three big baskets,” says the Swedish-born Ulla Rapazote. “Since that time, the number of families we have been able to help has almost doubled each year.”

Ulla is a grandmother who has lived and worked in Portugal for more than 50 years. She loves the country and is now determined to give something back. Her eyes light up as she tells the story of what she and her local community have achieved.

“At first, I and my daughter would take in gifts of food and toiletries as well as toys, and store them in my sitting and dining room. A lot of this came mainly from the Swedish community in Cascais with which I have always had strong links. But as we have grown, we have had a lot of support from the Portuguese and international communities in the area.

“After a few years with over 50 families receiving two huge shopping bags each, it became impossible to run it all from my home. The Freguesia made a room available for us and, on the packing days, we have the use of their large hall.

“In the very beginning, we used to choose the recipients ourselves but then it was too much for us to handle, getting donations, buying the food and materials for the hampers, packing the hampers and finding and liaising with the recipients. So, we started to work together with the local Junta de Freguesia de Cascais e Estoril, where the President Dr Pedro Morais Soares and Dra Isabel Santos have been particularly positive and helpful.

“The Junta treats all the families with the utmost respect. All are selected by the local social workers who know the number in each family and their needs. We provide hampers for large families with eight or nine adults and children as well as for single people.

“When we delivered hampers directly to the homes of the selected families, we saw what real poverty looks like, but we are also now aware of what sudden poverty can mean. One woman thanked me for her hamper and said ‘a couple of years ago, I used to do this myself, I used to help my neighbours’.

“Some of our recipients get benefits but the majority receive no public, state or local support. Some are elderly and have worked all their lives. Even those who are working cannot afford their rent and most have no regular income. There are pensioners who have just come out of hospital, a mother and children fleeing from a violent husband and other families with too many mouths to feed.”

When the pandemic began in March last year, Ulla, her daughter Filipa and team member Colleen Fisher in collaboration with the Junta started a fund raiser for those worst hit. They sent out a mailing and by March this year they had raised over €86,000. All that money has been spent on food and medicines as the needs are huge.

As Easter was coming, Ulla was approached by several people in the Swedish community saying that they would like to give some special help for Easter to the people who have received them so well in Portugal. They said: “The Portuguese are so welcoming, friendly and helpful. That is why we like living here so much. We want to give something back.” They also stressed how the pandemic is causing a great need for help and they wanted Ulla’s organisation to be the channel for their help.

So, a big mailing went out to the Swedish community with the support of SWEA, the Swedish Women’s Educational Association, and all the local Swedish associations and, in 17 days, €14,000 was raised. Ulla also got the support of other international groups, especially the WRVS (Women’s Royal Voluntary Service) who have been very supportive.

The money was used to supply all the recipients with good quality bacalhau (cod fish), which is bought wholesale at a good price, chocolate Easter bunnies, and other food such as rice, pasta, olive and cooking oil and cereals as well as toilet paper, detergents, tooth brushes and tooth paste.

Ulla would like to encourage other communities to get together and raise funds in a similar way, and to collaborate with their local Social Services and Freguesias. She is happy to share her experiences with others and to help them to find what works best in each area.

“I was originally inspired by my friend Nalanie Harilela Chellaram and the international foundation she created called S.I.S. (Service in Satchidananda). She teaches the philosophy of yoga worldwide and I represent them in Portugal.”

Anyone who wants to find out more about SIS or who is interested in supporting Ulla’s work can contact her on gita.rapazote@gmail.com or through the website www.sisproject.org 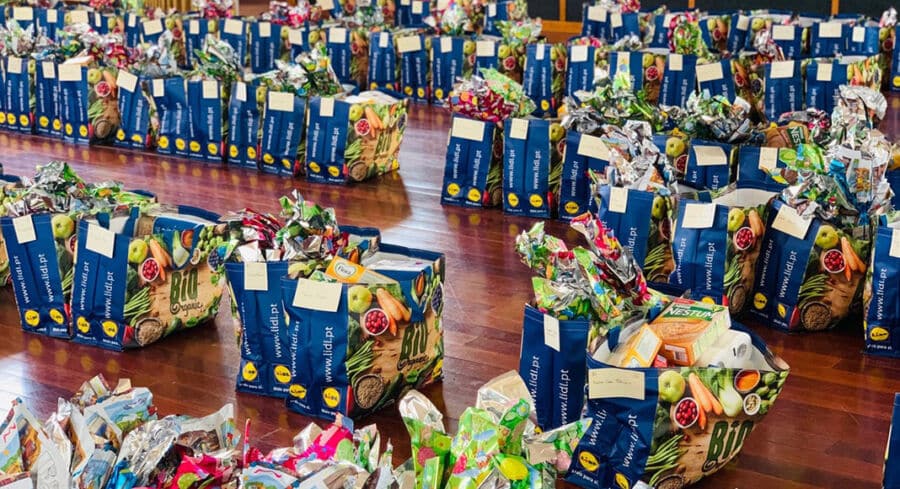 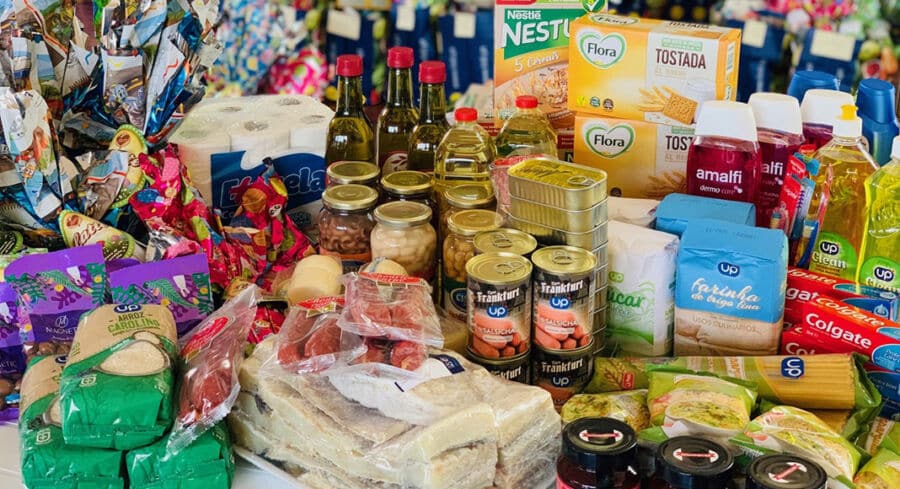