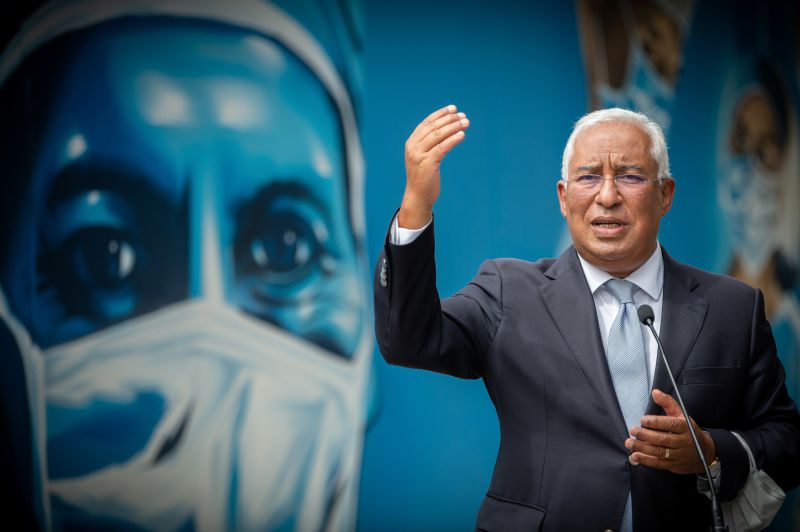 The General Medical Council has returned to ‘batter the government’ only 24-hours since a truce appeared to have been brokered with prime minister António Costa.

The furore stirred up by an off-the-record remark by the PM – in which he called doctors working at an old people’s home hit by the virus ‘cowards’ – was the hot story of the start of the week (click here).

But on Tuesday it looked like the anger had been quelled.

A three-hour meeting concluded with both Mr Costa and Miguel Guimarães, president of the general medical council, giving what appeared to be a very positive joint press conference.

Mr Guimarães went first, followed by the PM who “manifestly showed his appreciation and consideration for Portuguese doctors”.

But what he didn’t do, Mr Guimarães has now informed the country’s 50,000 doctors in a letter, was “reveal his message of retraction in the same emphatic way that he had during the meeting”.

And as the general medical council had spoken first, “it wasn’t possible to make it clear that the continuous support in old people’s homes cannot be left to GPs in the blind way that the prime minister expressed”.

And so the unease continues.

The general medical council’s feeling is that old people’s homes should have internal doctors specifically for the home, not rely on GPs from ‘outside’.

The controversy began over the situation of one particular home in Reguengos de Monsaraz in the Alentejo where 18 people died in an outbreak of Covid-19, and conditions of care within the home were criticised in a report compiled by the general medical council.

Independently of the report, the Public Ministry is investigating the outbreak and how it was handled.