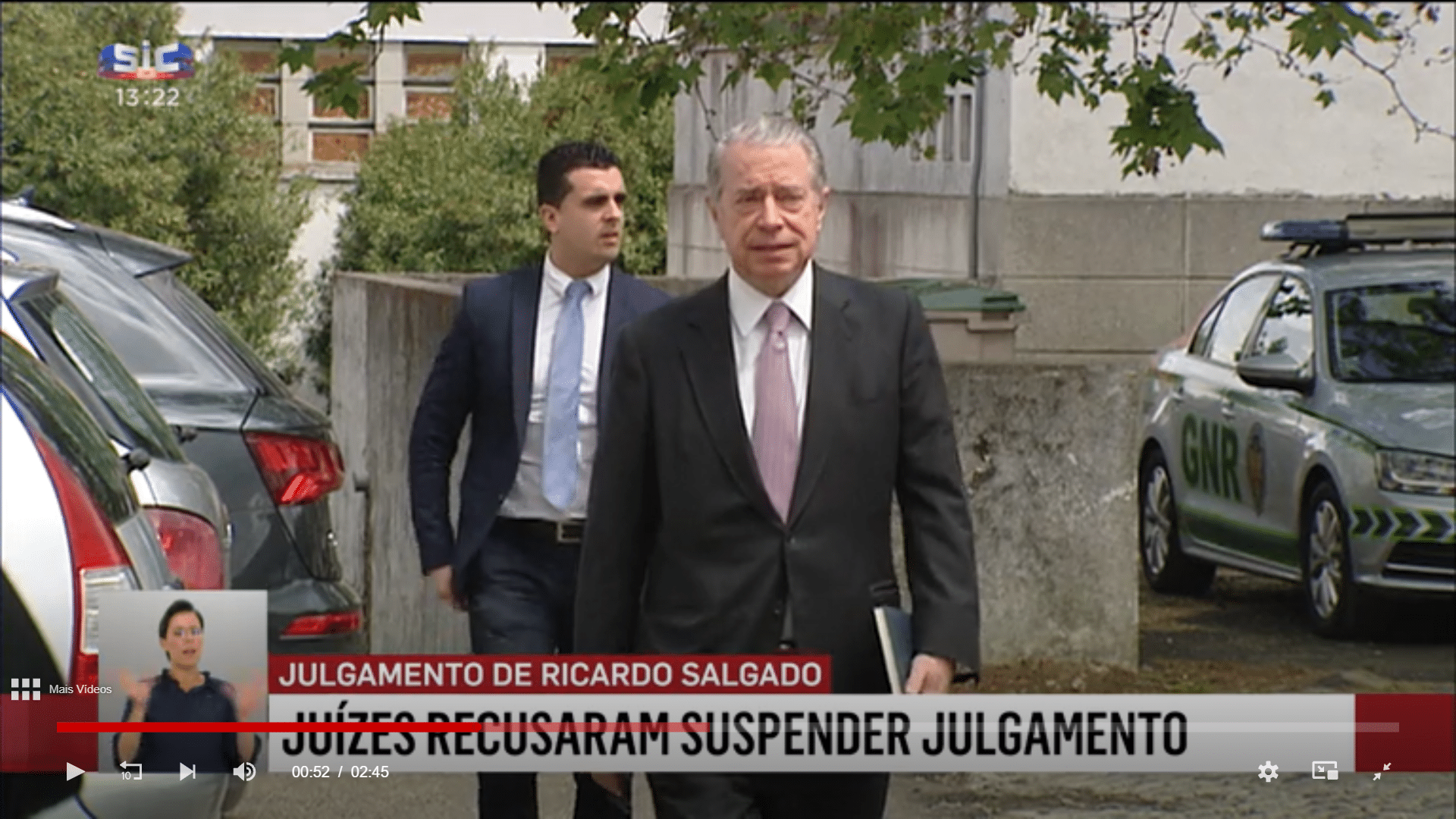 In the most diplomatic of terms, the neurological college of Portugal’s general medical council (Ordem dos Médicos) has said that it is available for an independent evaluation to determine whether former ‘boss-of-all-this’ at BES Ricardo Salgado really does have Alzheimer’s disease.

SIC television news has presented the college’s offer as being “in spite of there not existing any doubts as to the competence of the clinician” who made the diagnosis.

It is simply that the court (which has so far refused to suspend the case (click here) may appreciate a second opinion.

As legal experts have stressed, the fact that 77-year-old Mr Salgado may have committed the crimes he is currently on trial for (in respect of three charges of abuse of confidence extracted from the wider Marquês corruption case) is really not the issue. The issue is that right now his disease means he cannot exercise his right to defence ‘consecrated in the Constitution’.

His defence counsel has argued that Mr Salgado did not choose to have Alzheimer’s disease.

But as recent history shows, there are cases where Alzheimer’s disease has been misdiagnosed – for example in former British business manager Ernest Saunders best known as one of the “Guinness Four”, a group of businessmen who attempted fraudulently to manipulate the share price of the Guinness company. He was sentenced to five years’ imprisonment, but released after 10 months on the basis that he was suffering from Alzheimer’s. He subsequently made an instant recovery on release from prison, and went on to continue a successful career in business.

The forensic pathologist who misdiagnosed his illness – after Mr Saunders was unable to recite three numbers backwards, use a door or remember the correct name of the then President of the United States – said in his own defence that “in the early stages of Alzheimer’s or pre-senile dementia, it can be very difficult to make a diagnosis”. Mr Saunders was, in the end, very possibly only suffering memory loss caused by stress… and stress is a condition Mr Salgado could indeed be suffering deeply from, given that he faces multiple other charges in other criminal cases yet to reach a courtroom (click here).

The objective behind the neurological college’s intervention is to give “more transparency”, explains SIC. Alzheimer’s develops progressively, which “makes it more difficult to define when someone is unimputable”.

Writing an opinion column before the neurological college came into the picture, lawyer and university lecturer Rui Pereira said that even if Mr Salgado is condemned, the fact that he is suffering a psychic anomaly posterior to ‘the facts’ would mean that any conviction would have to be suspended. And as long as his illness wasn’t considered serious enough to be interned (in a psychiatric facility) “which seems improbable in the case of Alzheimer’s”, he would “wait in freedom for a miracle cure… and prison!”

Mr Salgado has been on trial for this particular case, involving the alleged illict appropriation of over €10 million from Group Espírito Santo, since July. He has never made an appearance, or given any statements. The trial is drawing to a close, but still has to hear final witness statements.