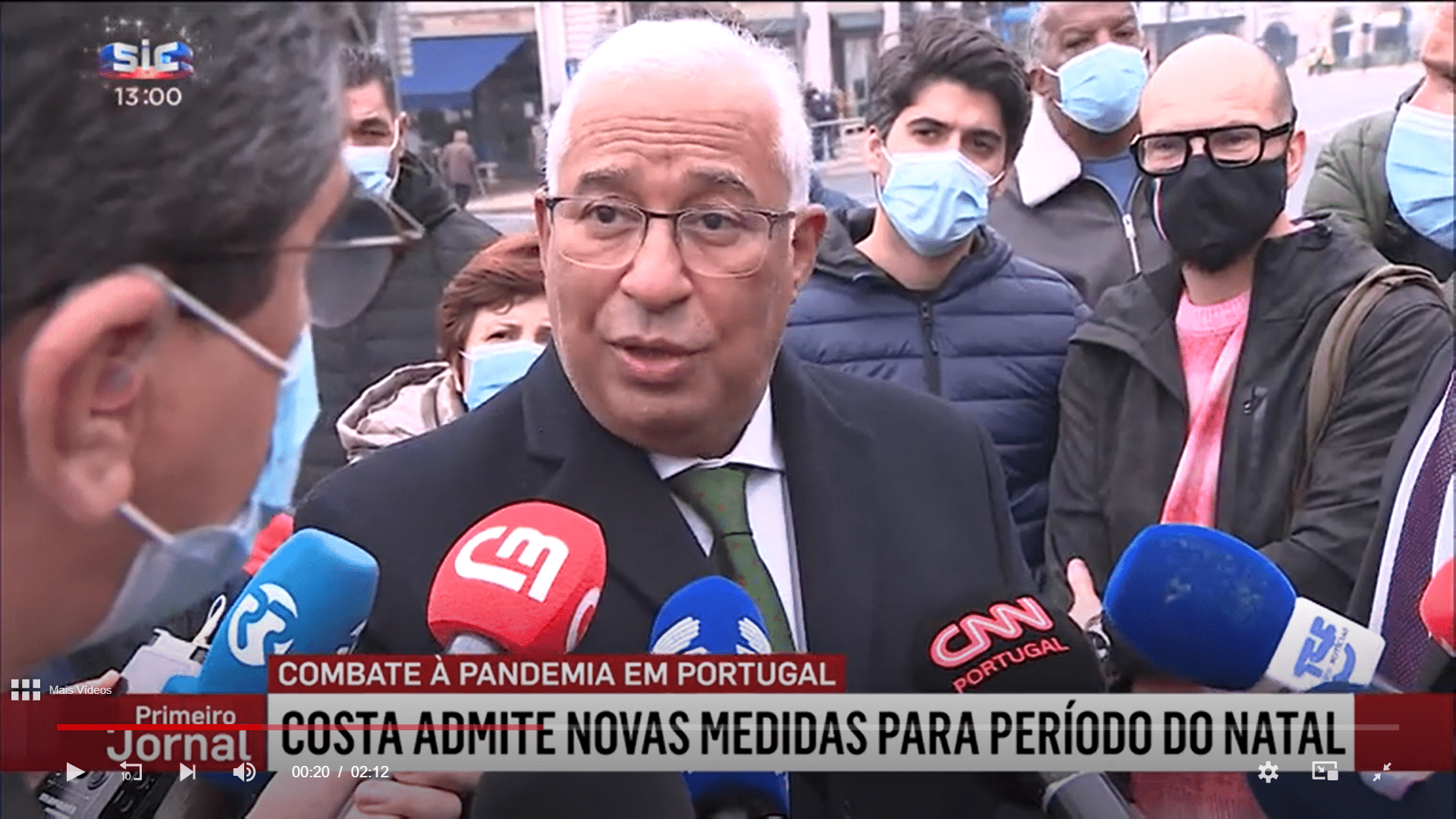 As Portugal officially enters a new State of Calamity today – with all restrictions outlined during the prime minister’s press conference last Thursday click here – Lisbon hospital Garcia de Orta has been forced to close its pediatric A&E unit for 14 days, and cancel all pediatric consultations during that period, due to one of the doctors’ connections with the Omicron cases at Belenenses football club (click here).

As PM António Costa has stressed today, the situation at the hospital “is not an Omicron outbreak”.

The decision to close the children’s A&E department – and refer all pediatric consultations to other hospitals – is “a precautionary measure” that will see the doctor’s ‘contacts of risk’ now facing a barrage of testing and two weeks in isolation.

Just under 30 health professionals have been identified as potentially being exposed to the new variant, as have 46 children and parents who recently had consultations with the doctor.

None, at this point, appear to be in ill-health.

While President Marcelo was the first to stress on Friday that the furore over Omicron could be overblown, Mr Costa now appears to be believing much the same.

Taking part in official celebrations for today’s Day of Restoration (Bank Holiday), he told reporters that Omicron does appear “to be more transmissible, but not necessarily more harmful for health”.

Nonetheless, in the absence of further information, “the maximum caution possible” is required.

As to the raft of new measures that have come into force today, and will last until March 20, Mr Costa said he believes they are “fairly balanced”; that they seek to “disturb the course of activities as little as possible” and have been generally accepted by other political parties, social partners and society in general.

He did add, as always, that if the virus situation deteriorates further, the government will have to consider other actions.

Journalists were particularly concerned, for example, as to whether citizens would be restricted at any point to municipalities of residence (as they were last year).

Mr Costa’s answer was that the almost two years of pandemic have taught the government two lessons: the need to adopt measures as early as possible that perturb people’s lives as little as possible, to make efforts to recover the economy and protect jobs and “to be always ready to take another measure if it becomes necessary.

“What do we all want? For this not to be necessary”, he answered. “What should we keep in mind? That if it is necessary, we are ready to adopt measures if they are necessary”.

It was a suitably prime ministerial response, taking everyone round in the dizzying circles that have characterised this pandemic.

Meantime, the country’s Covid numbers – notwithstanding the ongoing booster-shot campaign – continue to climb.

There are now 841 people in the nation’s hospitals, with 116 in intensive care. The latest DGS bulletin shows 4,670 new cases were detected in the last 24-hours. In a country only recently described as having “run out of adults to vaccinate”, the totals demonstrate clearly why vaccinations alone – certainly in their current form – cannot combat SARS-CoV-2.

The risk matrix (click here) shows the country deep into the ‘red’ (critical) zone – and this is before the onset of real winter weather.