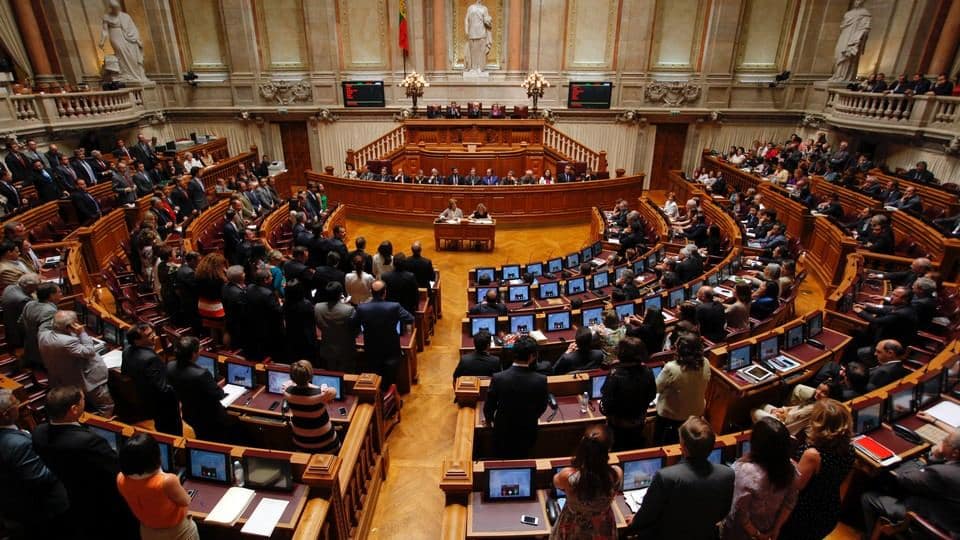 Today (Friday February 12) was a major day in the heroic battle by islanders and fishing communities of Ria Formosa to save their homes from government-enforced demolitions in the name of the environment.

With the change of government has come a change of emphasis and thus three resolutions, all submitted by ruling left-wingers, were tabled to bring an end to the imminent threat of annihilation that has hung over the islands, in one shape or other, for years (click here).

The debate started around midday, with a number of islanders in the public galleries.

The crux of “projects for resolution” presented by the PCP (communists), Bloco de Esquerda (Left Bloc) and PS (Socialists) was to “return to the original philosophy of the Polis Litoral programme” – which was not to demolish islanders homes – as the last government was insisting – but to preserve natural habitats and “promote the economic, social and cultural development of the resident population so that it is compatible with existent natural and cultural values in the area”.

As the PCP explained in its own project, “the last government opted to direct millions of euros of public money into demolishing homes on the barrier islands of Ria Formosa, designed to expel local communities to open the way to “re-naturalisation” of these islands and their posterior delivery to large private interests”.

It is an end-game scenario that was always denied by the last government, but of which islanders have nonetheless been forever convinced.

Thus, fingers in Culatra, Hangares, Farol, Armona and other smaller communities were tightly crossed this morning, as voting will be crucial to scores of families’ futures.

UPDATE: As it was, the PCP and BE resolutions were thrown out – with votes against tabled by the PSD/CDS and abstentions from the PS, writes Sulinformação website this afternoon.

The PS resolution which recommended “various requalification actions” – among them the legalisation of the Culatra community on Farol Island, with “posterior effects in other historic communities, on the principle of equality” – was passed, but the website stresses the PS project “still mentions demolitions”.

In other words, today’s news was only another step towards islanders’ ‘end game’ which will only be reached once their homes are freed in total from the threat of demolition.

As the SOS Ria Formosa facebook page explains: “The PS idea has become very clear. We will be here to remind them if we have to. Islanders know how to play politics if they are needed”.