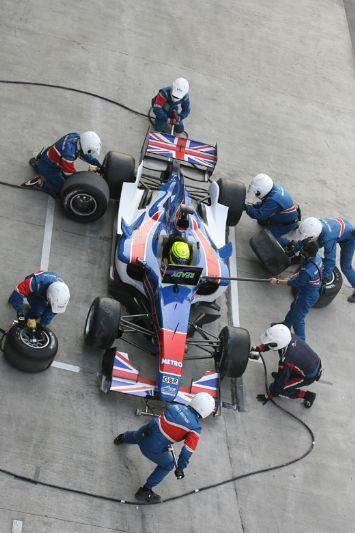 Plans to move the A1GP car factory from its current home in the UK to the sunny climes of the Algarve are well underway, according to local politician Manuel da Luz.

Manuel da Luz, Portimão Câmara President, announced at an election campaign party that an accord has been finalised for the building of an A1GP car factory at the Algarve Motor Park.

He told the assembled crowd of more than 1,500 people: “This represents the creation of about 350 direct jobs plus further indirect jobs in the area.”

The project is predicted to cost 30 million euros and this money will be used to build a high technology factory to construct the cars for the A1GP World Cup of Motorsport, he said.

CEO of Parkalgar, Paulo Pinheiro, told Portuguese news agency Lusa: “We believe that the construction of the A1GP factory will begin in the first half of 2009” and confirmed that A1GP had bought two lots at the technology park situated at the Motor Park.

Although Manuel da Luz was eager to convey the news of the move, officials from A1GP were unable to confirm the details.

Jo Crosby from A1GP told the Algarve Resident: “A1GP is currently in negotiations to move our operations department to Portugal. However, at this stage I am afraid that until negotiations are completed we cannot comment any further on this matter.”

Meanwhile, motor racing fans have less than a month to wait before the A1GP road show rolls into the Algarve for the first time between April 10 and 12.

The A1GP Algarve, Portugal race, to be held at the Algarve Motor Park will be the sixth event on the A1GP calendar.

According to a spokesman from A1GP: “The brand new venue is one of the most eagerly awaited on the calendar, by the series in general and the A1 Team Portugal in particular.”

Tickets to the A1GP are available from the Algarve Motor Park website from 25 euros for a single day ticket and 35 euros for a three day pass.

For further information about the A1GP, please visit www.autodromodoalgarve.com or call 282 405 600.