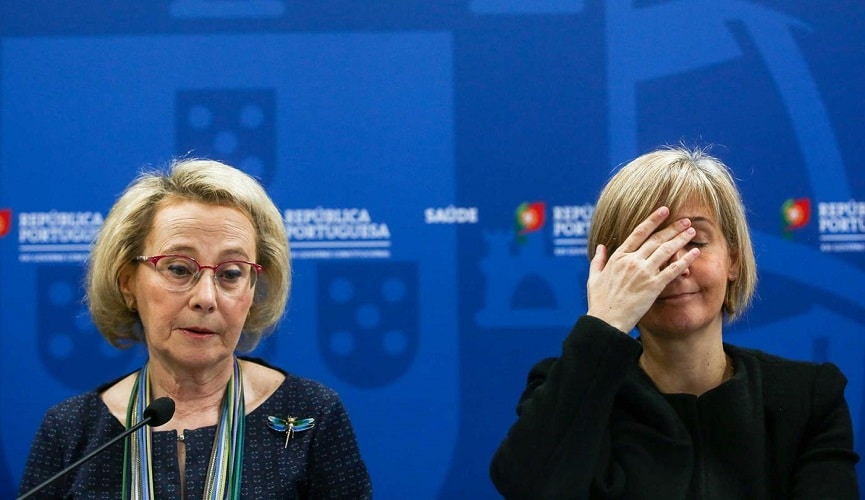 There is further confusion in Portugal’s vaccine rollout following the statement by DGS health director Graça Freitas that people under 50, and under 60 who were comfortable with taking either the Johnson & Johnson or AstraZeneca jabs could do so, even though these are ‘officially’ only given to the over-50s (Johnson & Johnson) and over-60s (AstraZeneca).

A number of readers have emailed the Resident asking ‘how can we sign up for these jabs?’.

The reality is that no ‘mechanism’ has been put in place.

Says Correio da Manhã, people outside the stipulated age groups can take the vaccines. Graça Freitas actually reiterated the point only yesterday. “All they need to do is express informed consent”.

It is simply that the way of expressing this informed consent is still ‘under evaluation’.

“Procedures are being organised by the vaccination task force and in the process of evaluation bearing in mind the under-50s are not meant to receive their vaccines until the beginning of July”, said an official source.

Another question, says CM,  “is the raising of restrictions on immunity conferred by the (vaccine) of Johnson & Johnson. With the appearance of more scientific data, the rule (of only administering it in Portugal to the over-50s) may be revised”.

This is a valid point as some countries (like the United States) are administering the Johnson & Johnson vac to anyone over the age of 18, others have set age-limits (all of them different) and Denmark, for example, has removed the vaccine totally from its vaccination schedules.

Valter Fonseca, coordinator of the Technical Vaccination Commission has told a parliamentary hearing this week that “the vaccine is safe for all age-groups.

It was purely in the interests of “maximum safety for people” that the health authority came up with the ‘over-50’ limit in the first place, he said – suggesting, says CM, that revised guidance on who exactly can take the single-shot vaccine could well be coming down the line.

The elusive notion of herd immunity (some experts say it can never happen click here) is still being kicked around, with the ‘official’ understanding being that once 70% of the country is inoculated, Portugal could have reached it.

In spite of all the ups and downs with the Johnson & Johnson and AstraZeneca jabs being ‘suspended’ and then ‘limited’, Portugal is a) expecting to have reached 70% of the population ‘between the end of July and the end of August and b) will have vaccines ‘left over’ – due to people either declining to take them up or through over-ordering.

These vaccines will be “distributed to countries where there is a lack of vaccines”, said Mr Fonseca.