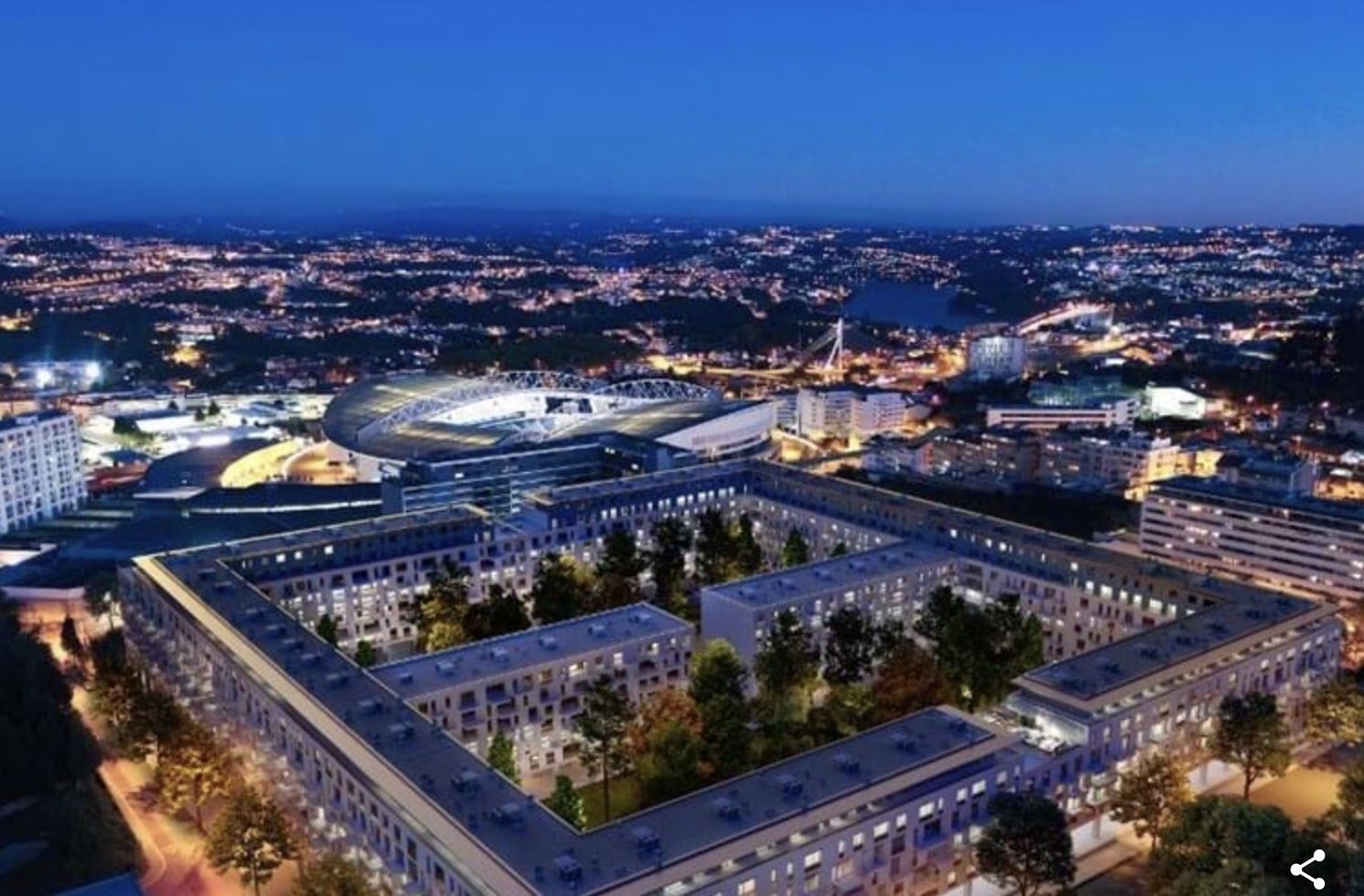 Land once occupied by Porto Football Club, which has been abandoned since the Antas stadium was demolished 16 years ago, is to now be redeveloped into over 1,000 apartments in a €240 million housing project.

The Antas stadium had stood on the site for half a century, since May 28, 1952, and had been the home of FC Porto for 52 years.

Demolished in 2016 when the football club moved next door (to Estádio do Dragão), the former site compound and enclosure and an illuminated tower is still intact.

Now, on an area of around 100,000m2, a new housing development called Antas Atrium is to be built. It will comprise a residential condominium with more than 1,000 apartments with construction due to begin on the first 180 expected in March 2021.

“The good news is that we’ll start work in the first quarter of 2021. We are in a very advanced phase of studying proposals for partnerships – I say partners because that is the way we like to view construction companies – to see who will be our big partner in this great project”, said the president of the development company, Carlos Vasconcelos, at Urban Rehabilitation Week and quoted by the site Idealista.

The Antas Atrium development will have a covered pool, gym and ample surrounding garden areas.

In an investment budgeted at around €240 million, Antas Atrium is the latest project from a new fund created by a joint venture between the Portuguese entity Quantico and the Spanish fund Albatross Capital which is headed by Carlos Vasconcelos who had been the CEO of some of the largest Portuguese and Brazilian companies, such as PT Comunicações, PT Internacional, Telesp Celular and Global Telecom.