Portugal Resident
Home Original Fun for all this August! 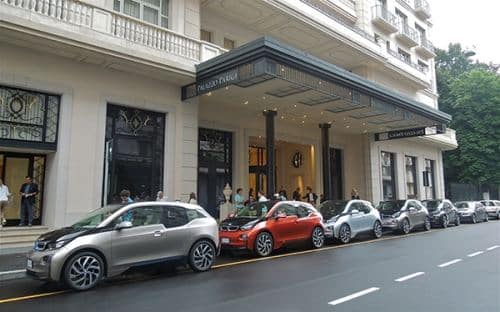 August in the Algarve is the holiday month par excellence. Residents and holidaymakers alike are guaranteed a fun-packed month. Here are our suggestions of the best events this month that are sure to delight the whole family.

From today (Friday) Lagoa comes alive with the fun of Fatacil, which this year celebrates its 33rd anniversary. This is an event you simply cannot miss as there will be arts and crafts, typical Portuguese gastronomy, horse and dog shows, and regional and national traders in a variety of sectors. And, of course, there will be plenty of musical entertainment, including fado performances tonight from 10.30pm.

The fair, at the Parque de Feiras e Exposições de Lagoa, is open until August 26, from 6pm to 1am each day.

Tickets to the show cost €5 per person or €15 for a family ticket (four people). Children up to the age of 12 enter for free.

Tomorrow (Saturday) sees the start of the 10th Folkfaro music and dance festival, which brings together musical culture from around the world.

More than 300 artists from Portugal, Spain, Brazil, Peru, Russia, Ukraine and Romania will be taking part, filling the city of Faro with colour, movement and sound.

The opening gala will be at the Teatro das Figuras at 9.30pm with the dance groups then taking to the docks area of Faro each night until August 26.

Also tomorrow (August 18), Portimão’s Parque de Feiras e Exposições will be venue for a concert by Portuguese band Pink Floyd Live Tribute, where the audience will enjoy some of the British band’s greatest hits such as Wish You Were Here, Another Brick in the Wall and Money. The two-hour performance starts at 10pm and tickets, at €5, can be purchased at Fnac and Worten stores and from the Portimão Arena.

Fans of medieval times who missed the Silves festival can head east for Castro Marim’s Medieval Days, which run from August 23 to 26, from 3pm to midnight each day. Get up close and personal with kings and queens, noblemen, knights, dames and even monsters. This is another unmissable event in the Algarve.

São Brás de Alportel will again be hosting the Peral Rural Fest on August 26, 27 and 28 from 9pm. Expect a real Portuguese event where rural traditions abound.