There is much support in Portugal for the European Union’s proposals to demand that, from 2035, all new cars, vans and trucks must be electric-powered.

While there are national differences of opinion among the 27 member states, all broadly agree with the 2035 deadline in order to hugely reduce automobile CO2 emissions and thus help limit climate change.

The transition to electric involves not only banning new combustible engines but also hybrids, battery electric and hydrogen vehicles.

The aim of the proposals put forward by the EU Commission and backed by the Parliament in Brussels is to boost the production of electric vehicles as well as the installation of 3.5 million public electric charging stations for cars and vans across the continent by 2030 and 16.3 million by 2050.

Hopefully all this will go a long way to reducing present CO2 emissions by a half over this decade and by almost 100% by 2035. “The transition to electric vehicles is going much faster than anyone had anticipated, but then we are under an obligation to create the right incentives for that,” says Frans Timmermans, the EU’s head of climate change policy.

The Reuters news agency has reported seeing a leaked document showing that Portugal and four other EU countries wanted a five-year delay for some vehicles. The other four countries were Italy, Slovakia, Bulgaria and Romania. The document was leaked in June this year, but as early as January last year, Portugal’s centre-left Socialist Party had reportedly proposed a ban on the sale of new petrol and diesel vehicles by 2035. Some other EU countries have been considering setting their own deadlines between 2030 and 2040 for phasing out fossil-fuelled motors, but the pandemic interfered with decisions.

The EU Parliament has only narrowly backed the 2035 ban. The European Automobile Manufacturers’ Association has serious reservations about it, while some green advocates want ever stricter measures. The EU Commission’s proposals will continue to be negotiated and it may take up to two years before they are finally signed into law.

Normal car sales dropped during the worst pandemic period. Even so, electric and plug-in hybrid sales surged. It’s anticipated that buying and driving zero-emission automobiles will be cheaper than their traditional equivalents.

And by the way, as a reminder that automobiles must play a part in limiting climate change, the fierce heat waves this summer have caused many road surfaces around the world to melt, expand, crack and buckle, presenting obvious dangers to drivers.

That’s the last thing muscle car owners want. For those unfamiliar with this auto breed, muscle cars are high velocity, two-door coupes that roar into action and can accelerate at very high speeds. The Dodge Motor Company in the United States seems to be ahead of the game in that it has just unveiled the first new electric muscle car that should be on the market by 2024. It’s called the Charger Daytona and it will replace their premium diesel-fuelled Challenger and Charger muscle cars. The new electric one will feel as good as ever in that, unlike other electric cars which are quiet, it will be as loud and maybe accelerate even faster than its non-electric predecessors. 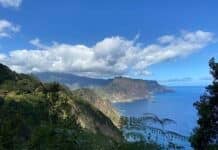 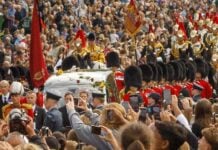 A republic mourns a monarch