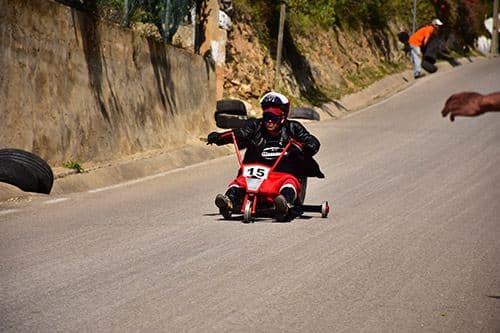 A Full Monty performance on April 9 in Mungos Bar, The Black Stove and The Round Up Saloon in Carvoeiro raised more than €400 for charity.

The performances were part of fundraising efforts by Jen Hurst, who will be running the London Marathon on Sunday to raise money for the Gauchers Association (see the Algarve Resident edition February 18).

Will, Ellis and Eden flew in especially from the UK.

Jen said: “Special thanks go to three bars who were great sports in letting us host the event.”