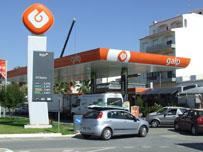 Fuel costs are now on average 47.5 per cent higher than in 2004, when petrol retailing was taken out of government control in Portugal.

The Câmaras of Alcoutim, Castro Marim and Tavira are all on the Spanish border and say they have taken the step to save money and as a protest at the prices of petrol in Portugal. A spokesman for Tavira Câmara told The Resident that they did not know when they would stop refuelling in Spain.

From June 1 to June 3, there was a nation-wide boycott of Galp, BP and Repsol garages in protest against their record profits, announced in a climate of increasing petrol prices.

The boycott at the pumps was heavily criticised by the president of the National Association of Fuel Retailers (ANAREC), Augusto Cybrom, who said that the boycott had no effect on the sales of petrol at the stations and merely jeopardised the jobs of people who worked at them.

On Tuesday, a report from the Competition Commission of Portugal was delivered at the request of the Minister of the Economy, Manuel Pinho, to determine if rising fuel prices reflect production costs.

Galp has been criticised by the Commission but they will not lose their control on the management of fuel storage in Portugal although is recommended that the Competition Authority “constantly maintains a very tight surveillance on the oil sector for possible cases of cartel and abuse of a dominant position”.

Manuel Pinho said: “Portugal has on average a very similar price and taxation level to other European Union countries.”

He believes that the answers to the fuel prices must be found in finding alternative means of energy.

The average price of unleaded petrol in Portugal in May was 1.47 euros a litre, with diesel costing 1.39 euros according to figures from UK motoring organisation the AA.

Although fuel prices in Portugal are in line with most other EU countries, wages are not, which is why protesters believe that this is a national problem rather than purely because of rising oil prices.

Prime Minister José Socrates has failed to present any plan of action in relation to the crisis to parliament.  He did, however, highlight that the increase in the minimum wage in 2009 would help bridge the deficit between living costs and wages.

Measures to help Portuguese citizens make informed choices about where they buy petrol from have been announced by Manuel Pinho and include the installations of motorway signs saying the prices of petrol at various stations, reducing the licensing term of petrol stations and the creation of a fuel price website.

A similar site has already been set up at www.maisgasolina.com (only available in Portuguese), although this is not an official site.