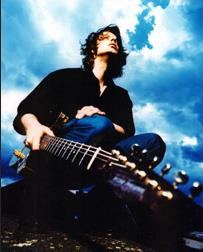 THE WATERBOYS are coming to Portugal to perform a unique show at Pavilhão Municipal de Vila Nova de Gaia on March 14.

The band is led by the singer/songwriter Mike Scott, the group’s only constant member since it started up in London, in 1981.  Mike Scott became involved in music as the author of the fanzine Jungleland and later played in some local punk bands.

After college, Scott and his band, Another Pretty Face, moved to London. Following the group’s break-up, he formed The Waterboys, named after a line in the Lou Reed song The Kids but completely suitable, given Scott’s recurring lyrical attraction with sea descriptions.

A newspaper advert calling for musicians led to a response from multi-instrumentalist Anthony Thistlethwaite. Along with drummer Kevin Wilkinson, The Waterboys issued their self-titled debut album in 1983.

Keyboard player Karl Wallinger and Roddy Lorimer on his trumpet joined for the 1984 follow-up, A Pagan Place, which extended the group’s rich, theatrical sound while further exploring Scott’s curiosity in mysticism.

With 1985’s This Is the Sea, The Waterboys reached an early peak. A magnificent, determined record, it earned the group an important hit with the single The Whole of the Moon. After the album’s release, Wallinger departed to form World Party, which drove Scott and Thistlethwaite to move to Ireland and begin with a clean slate.

The Waterboys returned in 1988 with the acclaimed Fisherman’s Blues and were joined by traditional Irish players like fiddler Steve Wickham, drummer Dave Ruffy, keyboard player Guy Chambers and bassist Marco Weissman, resulting in a folky sound that continued into the 1990s with the release of Room to Roam.

In 1991, Scott moved to New York without any band members. In 1993, he released Dream Harder, which has marked a return to an electric, more rock-oriented sound. Soon Scott moved back to Scotland. There he recorded the folk-tinged Bring ‘Em All In under his own name, apparently putting The Waterboys to rest for good.

After many years of reflection in his spiritual world, Mike Scott brought back The Waterboys name in 2000. Rock in the Weary Land marked the band’s first release after seven years of hiatus.

Thistlethwaite and Wickham would return to the group and tours all over the world would prove triumphant. Fisherman’s Blues, Pt. 2, an album featuring earlier unavailable material from the Fisherman’s Blues sessions, was released in the summer of 2002. Scott returned to the studio for 2003’s Universal Hall, followed by Book of Lightning in 2007.