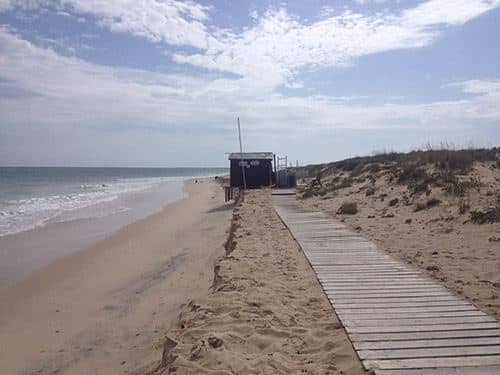 A group of British sailors completed a 3,500 nautical mile round trip from Lagos to Cape Verde, leaving on March 22 and returning on April 16.

But this was no ordinary trip as it involved the delivery of two 60ft catamarans to Cape Verde and returning ‘uphill’, sailing a 75ft catamaran against 40 knot headwinds under power with extra fuel strapped to the hulls, via the Canaries and Madeira.

Normally, the return route would have been to sail west from Cape Verde to the Caribbean then to Bermuda and back to Portugal via the Azores. But all three cats had to be refitted at the Sopromar boatyard at Lagos Marina and back as quickly as possible – since time is money – for the lucrative tourist day trip business in Cape Verde.

The outward two cats had already come from Greece to Lagos for a total refit while the big cat had been in constant use around the Cape Verde archipelago since 2008.

Sopromar is one of the few yards in the region able to handle such large craft out of the water.