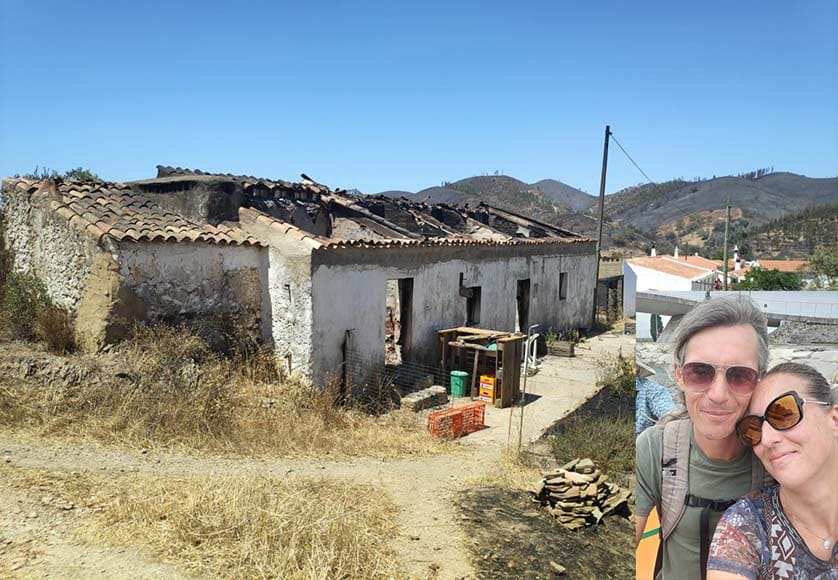 A Dutch couple have seen their lives turned upside down after losing their home to the fire that broke out in São Marcos da Serra (Silves) on Monday.

Their home was the only one destroyed by the flames in the small rural area of São Martinho.

Dorine Rijnhart and Bart Hin have lost almost everything apart from a few possessions such as clothes, cutlery, and their passports, which they were able to remove from the house in time.

They are now staying with friends as they try to deal with the trauma of having lost their home, although the local council has vowed to help them rebuild.

“We’re still in shock,” Dorine Rijnhart, a dog trainer and behaviourist, told the Resident just one day after the fire. “I think I slept one or two hours in the last 36.”

Dorine was in Lagos when the fire broke out, while her husband was at home with their two dogs. 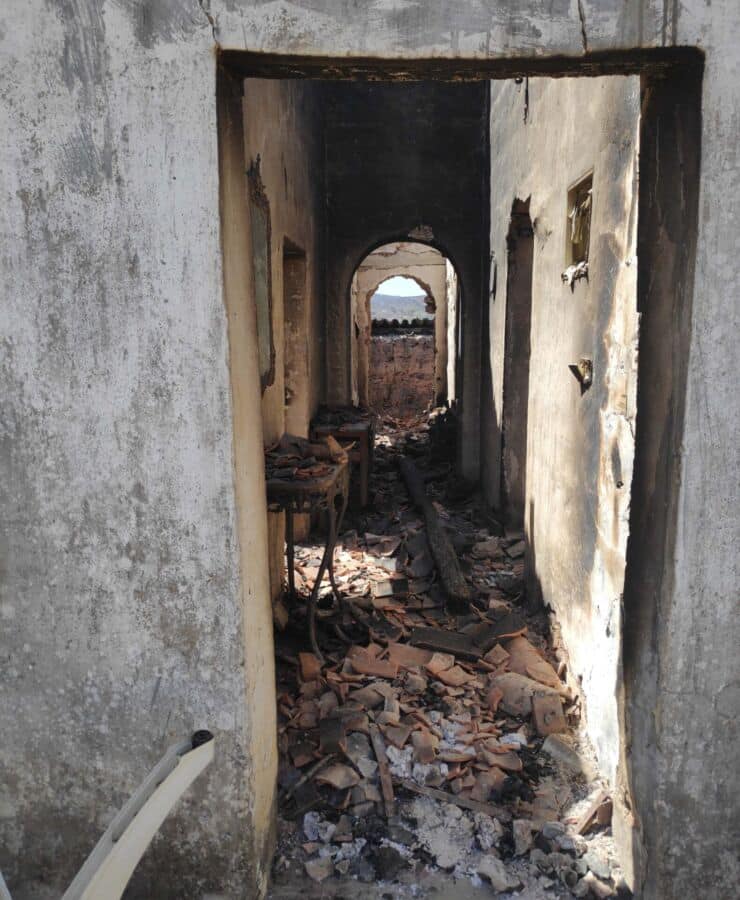 “At first it seemed like the fire was far away and that there wasn’t too much of a threat,” Dorine said.

However, it did not take long before her husband called her, warning that the flames were approaching and that GNR police had advised to evacuate.

Bart took their dogs and some of their possessions and left the area in their camper van, which broke down before reaching his destination.

He and the dogs were picked up by Dorine, and they made their way to safety together.

It was only the next day, after spending the night with friends, that they received a call from a Portuguese friend warning that Portuguese television news channels had reported that a Dutch couple’s home had been destroyed in the fire.

It was then that the harsh reality started to sink in. They made their way back to their house and saw that the area around the IC1 and Azilheira looked like a “warzone”.

“There were still some flames in trees. It looked like one big black area,” Dorine said.

Their worst fear was confirmed when they arrived at their house, which was almost completely consumed by the flames, unlike the other nearby houses which were basically unscathed. 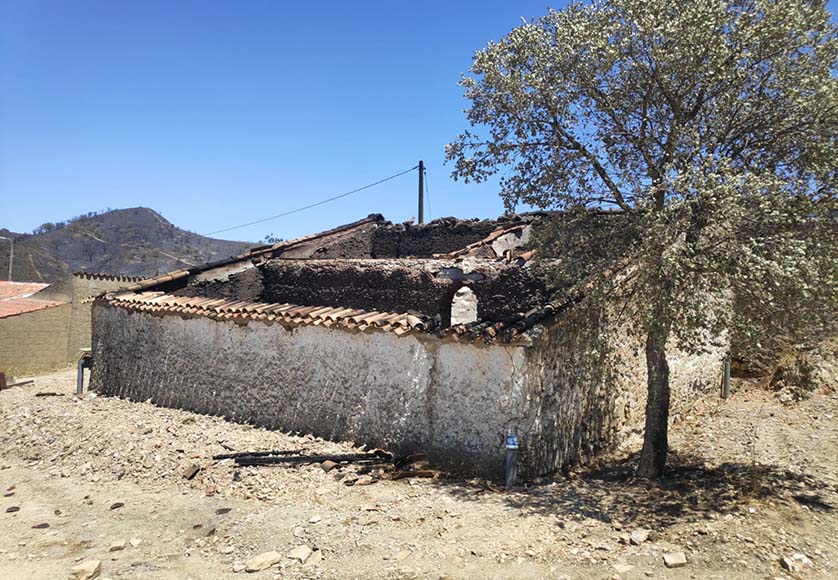 “One of our neighbours came up to us and told us that we should have stayed behind to protect the house. But it was the GNR police who told my husband that we should leave,” Dorine lamented.

Their camper van was unscathed, however, and was towed to safety.

Despite feeling like they have “lost everything”, Dorine and Bart admit feeling overwhelmed by the huge wave of support that has come their way, from both friends and people they do not know.

“It’s a strange feeling because on one hand we feel like we lost everything, but on the other hand our hearts are filled with love and gratitude from all the support we are receiving,” she told us.

Friends have already set up a PayPal fundraiser (givethemachance20@gmail.com) to help the couple get back on their feet, as well as a crowdfunding page for those who speak or can understand Dutch (search for ‘Hulp voor Dorine Rijnhart’ at www.doneeractie.nl).

Due to the consequences of the fire, Dorine has also been forced to cancel all dog training lessons she had scheduled.

Dorine is a dog trainer with over 17 years of experience specialising in reactive behaviour who also helps out several animal associations in the Algarve. She moved to Portugal with her husband four years ago, having ‘zig-zagged’ around the country before settling in the Algarve.

Meanwhile, authorities estimate that around 1,500 hectares of land were destroyed in the fire, which broke out shortly after 1pm on Monday before being brought under control at around 9am the next day.

“We are still carrying out a sweep of the land, both in terms of the area destroyed as well as the damages and buildings affected by the fire,” Silves Mayor Rosa Palma said on Tuesday.

The mayor said the council is providing whatever help necessary to aid the reconstruction of the couple’s house, which it considers “a priority”, as well as any other primary homes affected.

As the Resident went to press, the fire was “in conclusion” stage with nearly 400 firefighters still in place to make sure any reignitions are promptly dealt with.

The fire raged with such intensity that it forced the closure of the A2 motorway and IC1 road, having also led to the evacuation of 82 people from their homes.