Returning on a local train service from Sintra to Lisbon after watching Olhanense play 1º Dezembro, Brian Caldwell, Chris Wright and Vicki and Larry Bawden happened across an elderly gentleman who showed great interest in their Olhanense scarves.

Photos followed and then Vytas delved into his rucksack and pulled out a flag of his village Simnas in deepest Lithuania. Vytas was travelling through Portugal on his way to see his native country play Portugal at the Algarve Stadium.

Simnas – the population is under 2,000 – witnessed the horrors of WW2 in September 1941 when 414 Jews were murdered (68 men, 197 women and 149 children) by a Nazi Einsatzgruppen in a mass execution. A moving memorial is built on the site of the massacre.

The brief encounter may well develop further as emails are exchanged and once again sport has extended a hand of friendship across an expansive social divide. 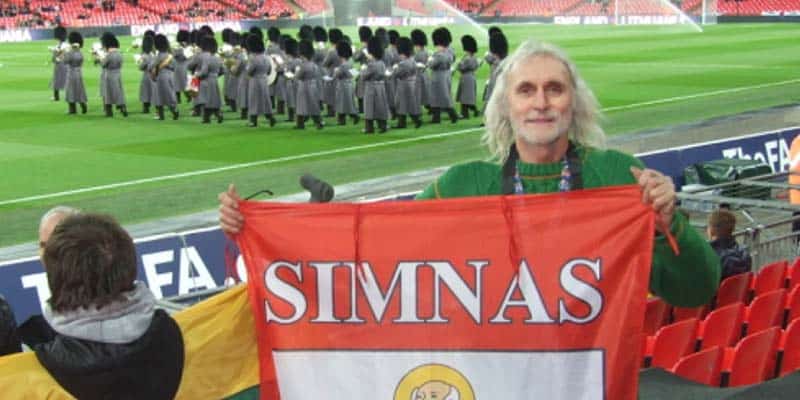