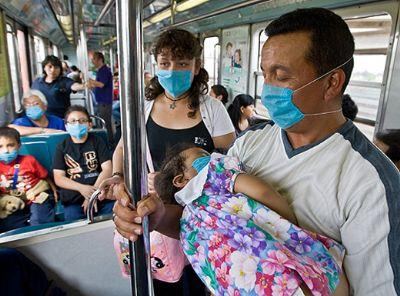 A top medical specialist has warned that Portugal could have three million cases of swine fever and 75,000 deaths by the autumn if a vaccine isn’t quickly developed.

The grim message was issued by Jorge Torgal, the President of Lisbon’s Tropical Medicine and Hygiene Institute, Instituto de Higiene e Medicina Tropical, over the weekend.

However, researchers in the United States are suggesting that a vaccine could be ready to try out on laboratory rats within three weeks.

So far, not a single case of swine flu, caused by the A H1N1 virus, has been detected in Portugal, although one woman was admitted to a Lisbon hospital last Thursday for observation after exhibiting symptoms of a flu-like illness and is in a “favourable clinical situation”.

Jorge Torgal claims that his forecasted figures are “optimistic” for the country should the pandemic, which was upgraded to a Level 4 Alert by the World Health Organisation (WHO), takes hold in the autumn.

The Portuguese Minister for Health, Ana Jorge, admitted on Saturday, at the inauguration of the Laura Ayres Public Health Laboratory in Faro, that the pandemic could “get worse after the summer”.

Many experts believe that new strains of influenza detected in different parts of the globe in the spring die down in the summer, only to return with a vengeance and a stronger virulence with the onset of cooler autumn weather.

This was the case with the so-called Spanish Flu of 1918/19, which initially had not been serious but returned that winter and, without the existence of antibiotics, killed more than 40 million people worldwide.

Cases of swine flu in Portugal now seem increasingly likely after Brazil became the latest country to join the list of nations with the new influenza strain.

It was confirmed over the weekend that four young people returning to Brazil from Mexico and the United States had developed the potentially deadly sickness while there are a further 26 suspected cases.

Two of the confirmed cases were detected in São Paulo, one in Rio de Janeiro and a further in Minas Gerais.

Ten new cases have been reported in the United Kingdom, seven adults and three children, bringing the total to 32, while in Spain there are currently 84 suspected cases and 44 definite cases of the disease.

There have been 2,500 cases worldwide in 25 countries and one death outside Mexico and the United States, in Canada.