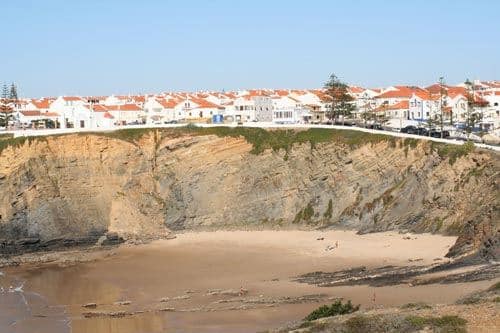 Zambujeira || A “gravely injured” French tourist had to be airlifted to hospital after falling from a cliff near Zambujeira do Mar on Tuesday afternoon. According to reports, the 38-year-old man fell as he approached the access stairway to Alteirinhos beach.
It appears he was “trying to secure the dog he had with him” and this caused him to lose his balance – but news reports of the rescue do not refer anymore to the fate of the animal.
All that is known is that the man fell at around 4pm and lay badly hurt as firemen and rescue workers attempted to reach him. The whole operation took “some hours”, according to Diário de Notícias, and involved a total of 10 firemen from Odemira, four support vehicles, an INEM helicopter and GNR and Maritime Police.
The helicopter flew the victim to the Hospital do Litoral Alentejano, in nearby Santiago do Cacém, where he is being treated for multiple fractures.
This latest accident follows less than two weeks after two Polish residents fell 140 metres to their deaths from Cabo da Roca, further up the coast near Lisbon, as they enjoyed the first day of their holidays with their two young children.