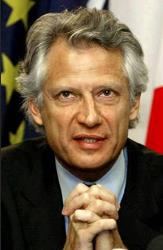 RECENT DEMONSTRATIONS against new labour laws in France saw some of the worst violence since last autumn’s race riots. Police made 160 arrests, mostly near Paris’ Sorbonne University, where protestors threw a firebomb at a police van, and authorities used water cannons to disperse the crowd.

Opinions varied about the scale of the protests. The interior ministry said 500,000 people took to the streets. Union leaders said the figure was closer to one-and-a-half million, describing it as a show of strength against the government’s forthcoming bill – known as the Contrat Premiere Embauche or CPE (First Employment Contract).

The new legislation allows employers to end job contracts for workers under the age of 26 at any point during a two-year trial period, without prior warning or explanation. Prime Minister Dominique de Villepin believes that the law will reduce youth unemployment, which currently stands at 20 per cent – more than twice the national average. He proposed the CPE law as part of a wider series of measures designed to help alienated youths who rioted last year.

President Jacques Chirac supports the new labour law but has called for dialogue between the government, unions and student leaders. Most polls record that people concede the need to reform outdated labour laws, but, paradoxically, polls also reveal widespread disapproval for Villepin’s initiative. So, perhaps, it is more accurate to say that most people accept the need for change – provided it does not affect them!

The French Left may well find it is fighting a desperate rearguard action. A quarter of a century ago, the British Labour Party found itself in the strangely ‘conservative’ position of defending the status quo. It opposed each and every one of the Thatcher government’s policies, losing every battle it fought. As a consequence, Labour politicians remained in the wilderness for 18 years until they reinvented themselves as watered down Conservatives. Many of the changes introduced by the Thatcher government were harsh and iniquitous – but inevitable. Few left-wingers now countenance repealing the Thatcherite counter-revolution.

But France, like many European countries, including Portugal, has resisted modernising its economy along British lines. And, yet, the present situation in France is unsustainable – the global economy demands that countries adapt to the modern world or surrender their competitiveness. Unfortunately, France contains a potent cocktail of unrest. Home to Europe’s largest Muslim population, it also contains a powerful far-right, which aims to foment unrest, and an entrenched bureaucracy determined to defend vested interests.

No doubt, the recent riots contain their fair share of extremist agents provocateurs – from both ends of the political spectrum – determined to fuel tensions. Next year’s presidential elections are likely to see another strong showing by a far-right candidate – be it from the Front National’s ageing leader, Jean-Marie Le Pen, or from Bruno Mégret, now leading a splinter group. It now seems most unlikely that Chirac, in the light of the present crisis, will stand again after 12 years as President.

The French demonstrators are like King Canute, railing against the tide. One rioter said: “Dominique de Villepin’s government is trying to take away our stability and our future. We want to keep secure jobs.” Unfortunately, as many people in Britain and America now realise, the days of a secure job for life are gone forever. Britain has moved closer to the red-blooded, tooth and claw model of American capitalism.

It may be just a question of time before the rest of Europe, for better or worse, is forced to follow suit. But in France, a country increasingly polarised along racial, religious and political grounds, the process of change could be particularly bitter. The recent riots are unlikely to be the last and unions are now promising a general strike, a situation that will test the government’s mettle still further.

• Gabriel can be contacted via e-mail at GabrielHershman@hotmail.com