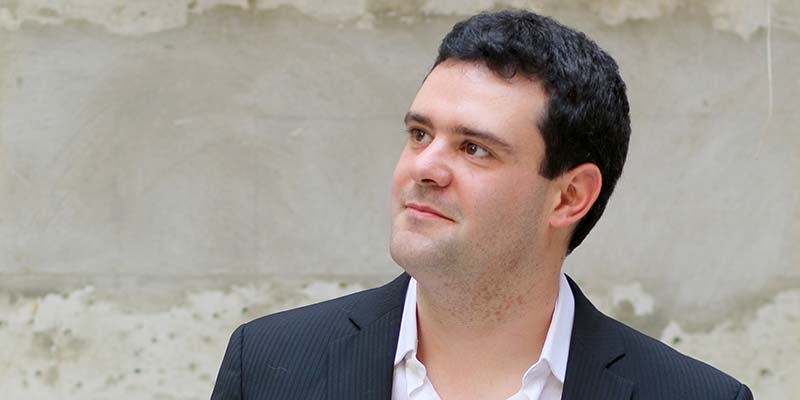 Antoine was born in Picardy in northern France in 1984. His interest in music was aroused by his musically minded grandmother and he started playing the piano at the age of six. His musical career began at the National School of Music in Saint-Quentin with Polish pianist Irene Kutin. He graduated with the highest honours from the National Conservatory in Lyon. His piano technique was refined at the Imola Piano Academy.

He is regularly invited to French festivals including the Les Arcs, Classique au Vert and Le Festival de Musique de Menton. He has played in the Salle Gaveau and Salle Cortot in Paris, Salle Molière in Lyon, the Palais des Beaux-Arts in Brussels, the Philharmonic in Vilnius, Teatro Marcello in Rome, Mozart Festival in Johannesburg and the Prince of Asturias of Spain as well as in Russia, Austria and Argentina.

He is a lover of chamber music and has played with several quartets. He also likes to accompany singers and has given recitals with well-known sopranos including Anaïs Constans and Shigeko Hata. Since 2014, Antoine has been the Artistic Director of the Festival “Les Moments Musicaux du Tarn”.

Amigos de Música concerts at Os Agostos begin at 7pm sharp. Doors open at 6pm and wine, fruit juices and canapés will be served. There will also be a short interval with refreshments served. Entry donation is €25 per person for guests and non-members.

The Amigos de Música is an international group of around 90 members who stage musical activities by internationally renowned musicians and also sponsor young Portuguese musicians.