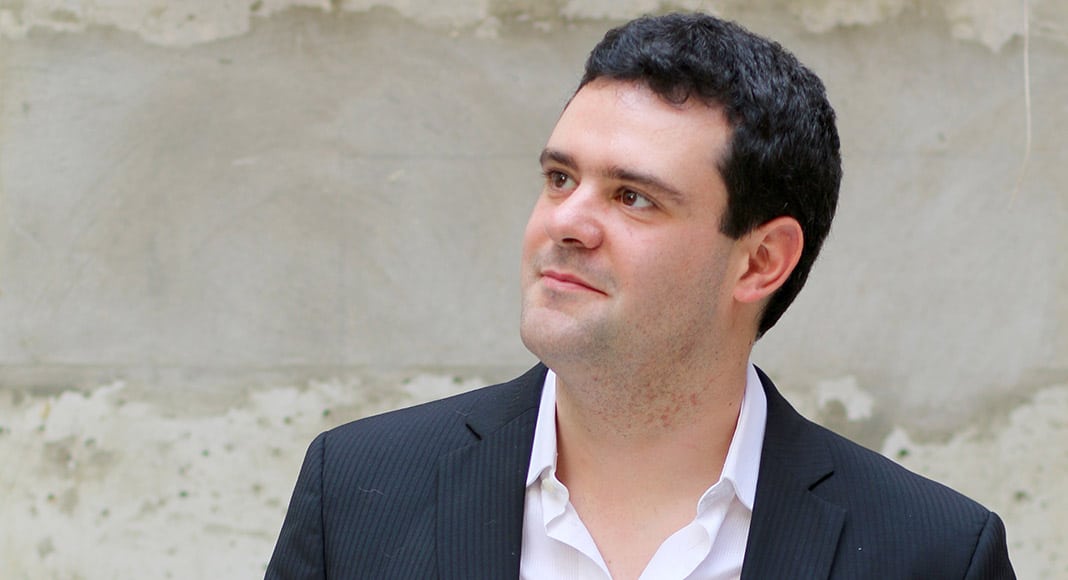 The Amigos de Música November concerts will be given by Antoine de Grolée, the French piano virtuoso, at Os Agostos, an 18th century country estate near Santa Bárbara de Nexe.

On Tuesday, November 9, Antoine will play compositions by Bach, Schubert and Chopin. On Thursday, November 11, he will play pieces by various composers including Schumann, Chopin, Debussy, Granados and Janaček on the theme of “Night Music”.

Antoine was born in Picardy in Northern France and, thanks to a musical grandmother, started playing the piano when he was six. He attended the National Music School at Saint-Quentin. He then graduated from the National Conservatory in Lyon with the highest honours in 2005. Antoine was one of the winners of the prestigious Long-Thibaud Competition and, in 2018, was a finalist in the Chopin Competition in Warsaw.

The pianist is regularly invited to participate in French festivals including Les Arcs, Le Festival de Menton and Classique au Vert. He has played in the Salle Gaveau and Salle Cortot in Paris, Salle Molière in Lyon, the Palais des Beaux-Artes in Brussels, the Philharmonic Hall in Vilnius, Marcello Theater in Rome and Mozart Festival in Johannesburg.

Since 2014, Antoine has been the Artistic Director of the Festival “Les Moments Musicaux du Tarn”.

Entry donation is €25 per person for guests and non-members payable in advance by bank transfer (see website below).