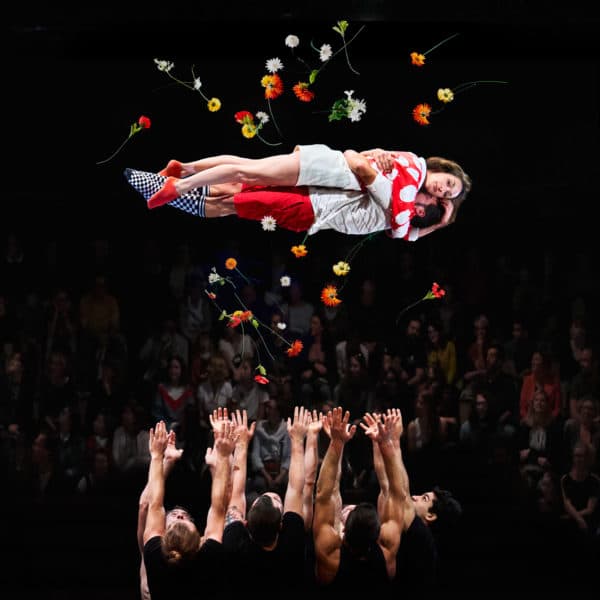 The acrobatics performance is on show at the town’s heliport between December 26 and 31.

French contemporary circus company ‘Akoreacro’ is coming to Monchique with a show portraying the daily life of a couple through “stunning acrobatics”.

Entitled “Dans ton Coeur” (“In your heart”) and produced in a 560-seat tent, it is coming to the Algarve as part of the “Lavrar o Mira e a Lagoa” and “Lavrar o Mar” initiatives, promoted by the Lavrar o Mar cooperative, in Aljezur.

“Akoreacro is one of the great French contemporary circus companies”, explained Giacomo Scalisi, artistic director of the cooperative. “This is a show that has already been on tour in Europe for two years. It has been around.”

According to the director, “Dans ton Coeur”, staged by Pierre Guillois, tells “a very acrobatic story of a couple and episodes of their daily lives, with separations, reunions and home routine”.

“They are situations that we all go through, that we are going to live through acrobatics, with music, rhythm and energy”, resulting in “a wonderful show”, he added.

The cooperative revealed that, in this show, “washing machines and microwaves, among other home appliances, become the protagonists of millimetrically rehearsed acrobatics”.

The show will be presented at the town’s heliport, between December 26 and 31, at 21:00. It will also be staged on January 1, at 17:00, at the Aljezur cooperative headquarters.

“In Monchique, there is the particularity of celebrating New Year’s Eve, which has been a tradition since 2016”, said Giacomo Scalisi, adding that this year “we’re adding food and drinks, champagne, bonfires and a concert with the musicians of the company,” to the show.