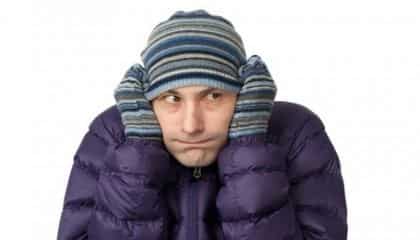 If you’re planning a night on the town this New Year’s Eve, make sure you take along warm clothes, hat, scarf and gloves.
“Extremely” cold weather will mark the end of 2014 in mainland Portugal, which has already been placed under yellow alert due to chilly temperatures that are expected to continue until December 31.
According to the Portuguese Sea and Atmosphere Institute (IPMA), minimum temperatures are expected to fall below zero in inland areas such as Vila Real (-5ºC), Guarda (-4ºC), Bragança (-3ºC) and Viseu (-2ºC), while extreme cold is also forecast for Lisbon (1ºC), Porto, Sines and Évora (0ºC).
In the Algarve, minimum temperatures will be around 6ºC, although the district is also under yellow alert up to tomorrow afternoon (December 30) due to the possibility of choppy waters and large waves.
IPMA predicts maximum temperatures to be around 16ºC for Faro, 12ºC for Porto, Sines and Évora, 10ºC for Lisbon, 8º for Vila Real, 7º for Bragança and 5º for Guarda.
Skies will be mostly clear across the country although clouds may form mostly along the country’s west coast and Madeira, and winds will be weak. The central and eastern islands of the Azores archipelago, however, may see some rain during the final days of 2014.