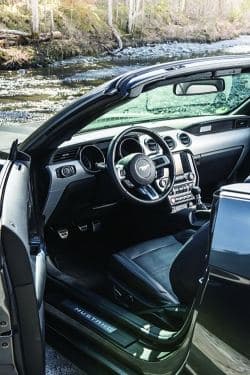 Despite a heavy application of repellent and all loose ends firmly tucked in – trouser bottoms into socks, shirt into waistband – a few ticks usually hitch a ride when I walk in the hills.

After a body check by the Boss, any passengers are dropped into a mug of water, micro-waved and washed down the sink as one sure way to finish them off.

Although physically dead, their memory lingers on and from time to time a phantom carrapato takes a stroll across my skin that calls for immediate investigation.The phobia lasts from April until late autumn.

For Millie the Shag Pile Bitch this is no longer a source of danger or irritation. After several months of constant veterinary care, her damaged front leg failed to heal and she was put to sleep. For the present, our home feels empty and there remains a hungry space that only a living dog can fill.

Even so, my morning outings are not exactly solitary. Following the lanes and grit tracks close to home, one encounters a wide variety of dogs either running free, chained up or fenced in and baying for blood.

A neighbouring cattle farmer allows his trio of belligerent mongrels to run loose and while they chase me down the road, their owner watches and weeds his vegetable patch.

Perhaps this is retribution for the time many years ago when Fly, a rescued dog who recognised no boundaries, chased a small man on a 50cc motorbike as he passed the bottom of our drive.

Fly was run over. The rider flew over the handlebars on to the tarmac and miraculously was unhurt. A Portuguese friend who lived next door rushed out, dusted down the furious motorcyclist, replaced his cap on his head and sent him on his way just as the Boss reached for his wallet in order to make reparation.

As for the culprit, we searched for him everywhere and after several hours found him curled up under a bush with tyre marks across his head, the damage done perhaps accounting for the fits which plagued him as he grew older.

In the absence of dependent animals for the first time in 24 years, we are able to take a break without having to find house-sitters; this new liberty comes with a sense of guilt that Millie had to die that we might be free of ties.

A short break visiting both coastal and inland Alentejo is something to be considered before the climate heats up.

To stay in small hotels offering half-board sounds about right. To explore those places unspoilt by development, and not having to think about what to cook for supper for a week would be lovely.

Meanwhile, Lagos shows signs of waking up after a very quiet winter. Over Easter, the miserable climate did not enhance the Algarve’s reputation for sun, sea and sand under a clear blue sky. As Britain enjoyed a mini-summer, we put on sweaters and fired up the wood burning stove while unfortunate holidaymakers, some wearing shorts and goose pimples, wandered round the town and ignored the beaches.

Lagos Sailing Club held two regattas in April; the first for Snipe class dinghies to which competitors came from Germany and Spain as well as Portugal. This was followed by the Lagos/Iberian Cup for Windsurfers.

Both meetings were held over several days and each series was unable to race its full quota owing to strong south easterly winds. Launching boats was difficult and exiting the harbour mouth almost impossible because of high breaking waves and mighty gusts.

Although at times there was no wind at all which made life difficult for all concerned; happily, when results were published, a Portuguese helmsman had won the Snipe regatta.

While club racing seems to have petered out, the sailing school continues to offer good tuition, and the Optimist class for children from aged eight to 15 years old is keenly supported. Their fleet can be seen out in the bay at weekends and also on several weekdays during the school holidays. When they race, the children are fiercely competitive and young helms, safely shepherded by rescue boats at all times, appear undeterred by rough water and strong winds either at home or when competing against other clubs in Portugal.

Back on the internet, after weeks of irregular connections and with rain and thunder forecast for this weekend (April 30), it looks like more of the same. With that and Gremlins at work in ATMs all over Portugal, sometimes I look back with pleasure on our days in the Algarve when owning a telephone was amazing.

Today it seems that to have electronic equipment with no reliable telephone service is a waste of money and everybody’s time, Broadband fast becoming a mythological entity out in the sticks.

As I write beneath the gloom of a great black cloud, a scintillating duet between lightning and thunder accompanied by large hailstones rattles the roof of my office.

This is some distance from the house on the edge of the Bush, and is standing with its footings in a mini-moat. Such violence will destroy birds’ nests, their eggs and any newly hatched chicks exposed to the gale driven ice, one small victim of which was lying outside on my doorstep.

Perhaps there is some truth in the theory that the planet has shifted on its axis following recent earthquakes, thereby throwing weather systems out of kilter.
3″>features