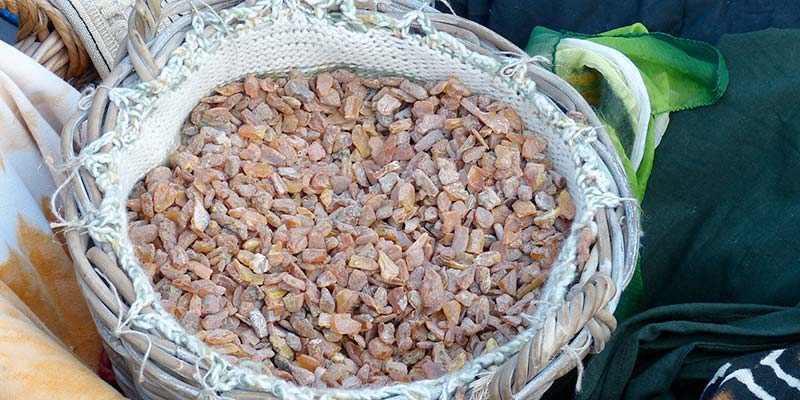 In the Bible story, the Three Kings brought three gifts to the newborn Jesus: gold, myrrh and frankincense. Interwoven with their religious traditions, these three substances were also considered medicines. They must have been precious then, and are increasingly becoming medicinally precious now. Frankincense, in particular, is receiving increased interest from the medicinal realm of today and for very good reasons.

Holy incense or frankincense is a resin that is collected from the Boswellia tree that is native to India, Africa and the Middle East.

The burning of this resin is, to this day, a common practice in the Middle East and in Christian churches. The scent of frankincense has the purpose of clearing and detoxifying the air.

However, frankincense has always been treasured for its specific medicinal properties. Earliest mention goes back to the ‘Papyrus Ebers’, an ancient Egyptian medicinal textbook, and many of the medics of ancient times – Hippocrates, Galen, Dioscorides and Avicenna, to mention a few – have used holy incense for the treatment of diverse ailments.

The traditional use of Boswellia or Shallaki, as it is medicinally termed, encompasses a variety of diseases. It was used in the treatment of affections of the skin, for inflammatory rheumatism, for respiratory and gastrointestinal complaints.

The Indian traditional medicine, Ayurveda, has used Shallaki since over 3000 years in the treatment of ailments of neural origin and in inflammatory diseases of the joints such as rheumatoid and polyarthritis, and gout. It was further used for inflammatory affections of the bowels and the skin.

Today’s research is providing evidence of the efficacy of medicinal Boswellia. The boswellic acids contained in the resin are at the centre of scientific investigations, and studies have confirmed their curative potential.

Boswellia has been found to inhibit the development of allergic reactions and inflammatory processes.

The symptomatology of ulcerative colitis and Crohn’s disease has been shown to be reduced and chronic asthma to be alleviated. Its use in the treatment of cancer is increasingly being investigated. Initial research has shown the growth of brain tumours to be inhibited by Boswellia.

The homeopathic remedy of holy incense, Olibanum sacrum, is also indicated for certain types of joint and skin complaints. However, Olibanum has a very characteristic theme running through it.

It is a remedy of mediation, of responsibility, of grief, loss and farewell, of peace and harmony, and also of blame and pleasing. Homeopaths prescribe it according to the case history of the patient when presenting such specific symptoms.

Holy incense is one of the oldest known, medicinally used substances and has been administered widely to the sick throughout the millennials on account of the experiential reports of its effectiveness.

Odd that it should have taken this long for science to conduct research to confirm and investigate its properties. It appears almost as though it had only recently been discovered, albeit having always been there.

This Christmas, should the scent of frankincense fill the air, take a moment and consider that this pleasant smell comes from a valuable remedy that connects the festive season all the way back to biblical times. Frankincense smelled the same then as it does now. It is an incense that truly is holy! Happy Christmas!