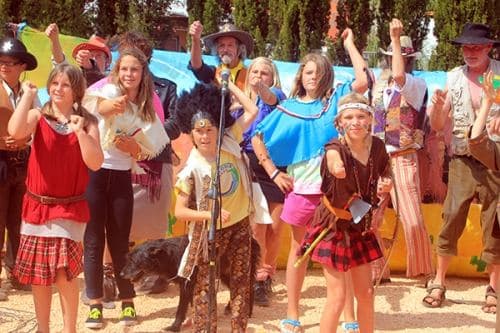 The Portuguese woman, 46, from Matosinhos, near Porto, was attacked by her son’s dog, a Pitbull-Rhodesian Ridgeback cross, in her home on August 24 at around 10pm.

A neighbour came to the rescue of the woman when the victim’s elderly mother called for help.

The dog had jumped on the woman, knocking her to the floor, and bit her throat, killing her instantly.

It is alleged the woman reacted when the dog attempted to take a piece of bread from her hand, which led to the attack.

The victim was looking after the Pitbull-Rhodesian Ridgeback cross while her son, 20, was on holiday in the Algarve.

The Portuguese Attorney-General has since opened an inquiry to determine the circumstances surrounding the death and legal issues relating to the ownership of the dog.

On August 13, a 20-month-old girl, also from the Porto area, lost her life after being attacked by a neighbour’s dog, a Dogo Argentino, which is considered a dangerous breed in Portugal.

The toddler was playing with another child, aged 8, in a neighbour’s house when the animal managed to get into the house, through the terrace door, and attacked the children. The older child managed to escape but, by the time the dog’s owner realised what was happening, the baby had already sustained severe injuries from the attack.

The girl was given medical treatment by paramedics at the scene and taken to S. João Hospital in Porto but succumbed to her injuries.

According to a source from the hospital, the child suffered severe trauma and bleeding, which led to cardio-respiratory arrest.

The owners of the two dogs, who are obliged to have all the necessary legal documentation to own a dog that is considered potentially dangerous, including proof of its sterilisation, and current civil liability insurance, may now face charges of negligent homicide and could face between three and five years in prison.

Two days later, on August 15, a Portuguese man from Odeceixe was attacked by another Dogo Argentino. Although the animal was tied up, it was not wearing a muzzle. The victim suffered serious injuries to his face and is having to undergo reconstructive surgery.

In the fourth attack which occurred earlier in the month on August 8, three Boxers attacked a postman on duty in Lourinhã. The man suffered serious injuries to his legs and arms and is still recovering. The animals are said to have escaped from the house after a gate was left open.

All animals mentioned in this article have or are due to be put to sleep humanely.

According to last year’s data from the Ministry of Agriculture, Rural Development and Fisheries, in the last five years 4,525 dogs of potentially dangerous breeds were registered in Portugal.  Topping the list of registrations was the Rottweiller with 3,402, followed by the Dogo Argentino with 530, the American Staffordshire Terrier (421), the Fila Brasileiro (123), the Tosa Inu (25) and the Staffordshire Bull Terrier (24).

Comment: Some animal behaviour specialists believe that any dog breed can be potentially dangerous if not provided with adequate care and training by their owner. Some even defend that the designation of ‘potentially dangerous dog breed’ should be abolished with the law placing more focus on an individual’s physical and emotional health and their ability to own and care for a dog.

The law governing potentially dangerous dog breeds in Portugal is extensive, but we offer some of the requirements for ownership of such a breed in Portugal:

• the individual must be at least 18 years of age

• the dog must be micro-chipped

• the dog must be kept under close supervision by its owner to ensure the safety of other humans and animals.

The law – all breeds and cross-breeds

A source from the GNR told the Algarve Resident that all dog owners, irrespective of whether the animal is considered potentially dangerous or not, “must register their animals when they are between three and six months old at their local Junta de Freguesia”.

There the person must also apply for a licence to own, keep and walk the dog (Licença para detenção, posse e circulação). For this, the person must present the animal’s veterinary booklet (boletim sanitário). A dog-licence identifying number is then issued to the owner, along with a dog tag.

“It is mandatory to renew the licence every year and, in all cases, owners must carry this document with them when walking the animal in public,” said the GNR source.

Dog owners who fail to present the animal’s documentation when stopped by the police authorities incur a fine of between €500 and €3,740.

Comment: The Algarve Resident learned recently of several readers being stopped by the police whilst out walking their dogs. None of the readers had the dog’s papers with them, as they were unaware of this requirement. In all cases the readers were fined for this infraction of the law.