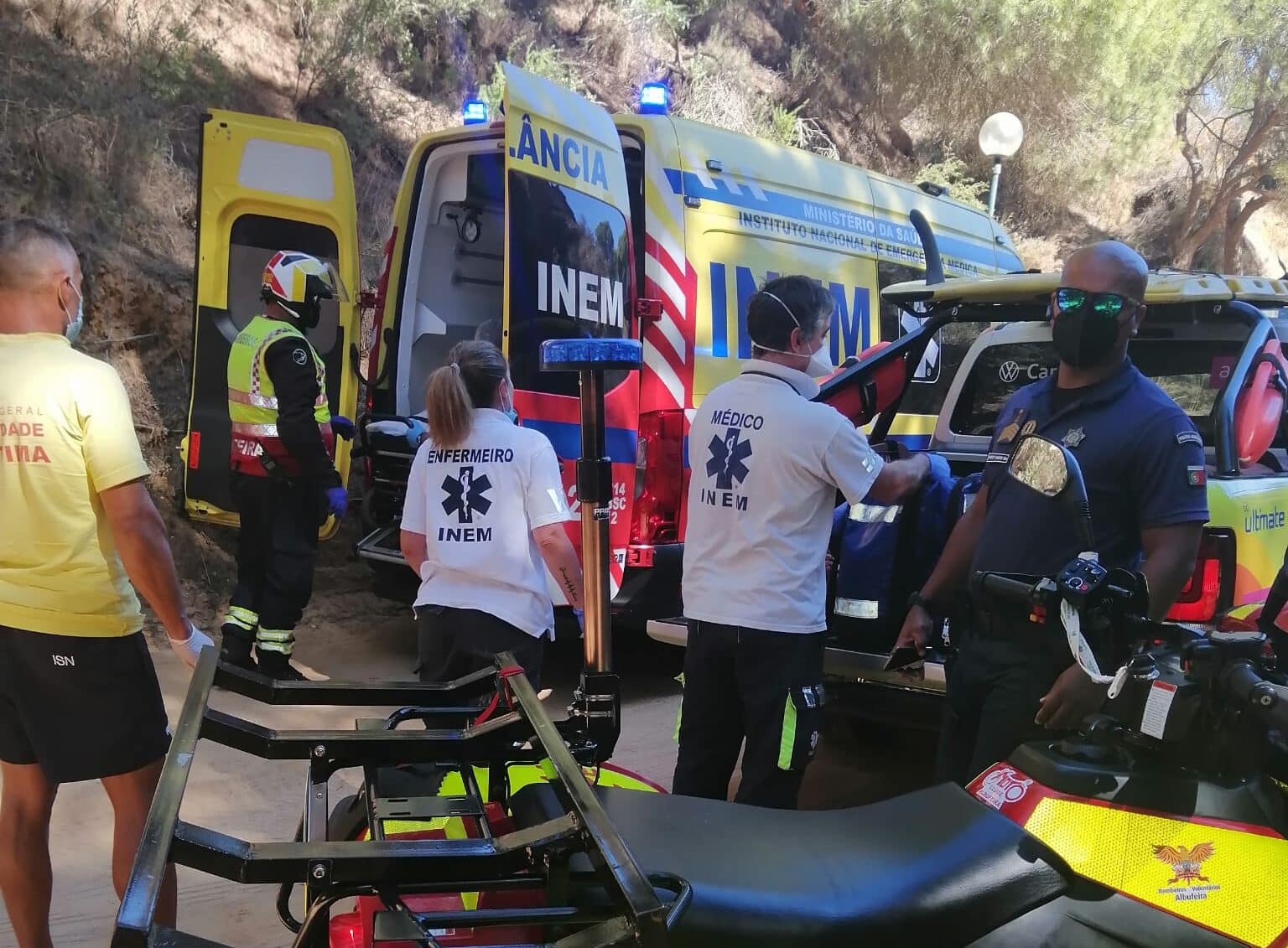 Four people, including a German tourist, were saved from drowning yesterday as the incredible 30º heat has brought danger with it: life-guards have largely packed up for the season and autumn currents have begun.

In Cascais, Torres Vedras and Almada it was up to surfers to rescue people who suddenly found themselves in trouble.

In Albufeira, it was thanks to locals that a 60-year-old German tourist was dragged from the sea at Praia da Falésia, already unconscious. INEM, Maritime Police and local firefighters were quickly on the scene, administering life-saving treatment with oxygen therapy. Once stabilised, the woman was transported to Faro hospital.

Roughly half an hour earlier a 12- and 18-year-old boy got into difficulties on a beach in Porto Novo, Torres Vedras – both also being recovered unconscious – and in Cascais it was a 21-year-old woman who fell foul of a current, or wave that took her out to sea.

In the young woman’s case, there was no need for hospitalisation. The two boys were transported to Torres Vedras hospital.

Advice always at this time of year is ‘be careful’: beaches are no longer guarded; there are less people available to sound the alarm when swimmers run into trouble. Do not swim far out, and ‘respect the sea’.