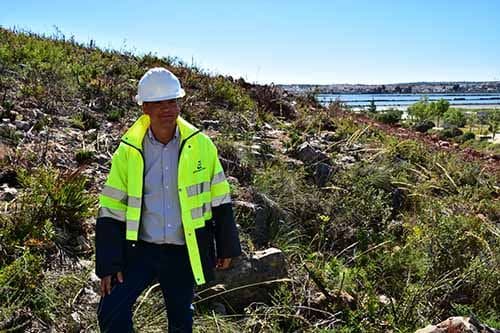 In an unprecedented show of solidarity in times of economic and social crisis, four presidents of the Republic addressed the nation at this year’s April 25th Revolution anniversary.

Calling on the electorate to vote in a majority government in the June 5 General Election, Cavaco Silva said the nation needed a “concerted effort” to overcome the current crisis, which Mário Soares called the worst since 1929.

The President said that even before the elections, both the Government and PSD opposition should work together to “secure the financing of the State and economy”.

“Before the elections, a concerted effort is required between the Government and opposition parties to set up the conditions to obtain outside financial help which is vital to safeguard the national interest and secure the financial necessities of the State and economy,” he said at the 37th April 25 celebrations.

It was the first time that the President had addressed the nation since the decision was taken by the Government to seek outside help from the European Financial Stability and International Monetary Funds.

Cavaco Silva also called on the parties to behave responsibly in a time of sacrifices and said that it was up to the people to decide when democracy was at a crossroads.

Focusing on the forth- coming general election, Cavaco Silva stated that “in decisive moments the voice of the people should be heard”.

Paying tribute to the April 25 Revolution, he said that he was confident of the civic maturity of Portuguese citizens. “This is a time of sacrifices, no doubt, but also a time of great choices. When democracy is at a crossroads, the last word has to be given to the people and then the choices made by them should be respected,” he said.

The President also urged the political parties not to make empty promises that they couldn’t keep during the election campaign.

“Selling illusions or hiding what cannot be avoided or put off instead of solving problems that plagued the country” was not the way to go, he insisted.

Mário Soares believed that the political crisis had made the country’s economic difficulties worse and said it was a situation that could have been avoided.

He also blamed, in part, speculation from the ratings agencies on Portugal’s current crisis and warned that Spain, Belgium, Italy and even France could be next.

“We’ve entered an electoral period that could have been avoided, a political crisis that has aggravated the economic and social crises, which is why it is crucial that the Portuguese unite around the necessary reforms that have to be taken in order to secure a better future for all,” he said calling on the various parties to come together despite political and ideological differences.

Ramalho Eanes warned against an election campaign full of “style and slogans rather than substance”. In a possible dig at the current President’s alleged lack of action in the run-up to the crisis, he said there needed to be an active presidency.

Jorge Sampaio called on party responsibility, the building of cross-party pacts and national cohesion and warned against the “cyclical repetition of the same problems” instead of a positive willingness to change. He also criticised the lack of long-term vision and sustainability in the decisions that had been taken.
1″>news