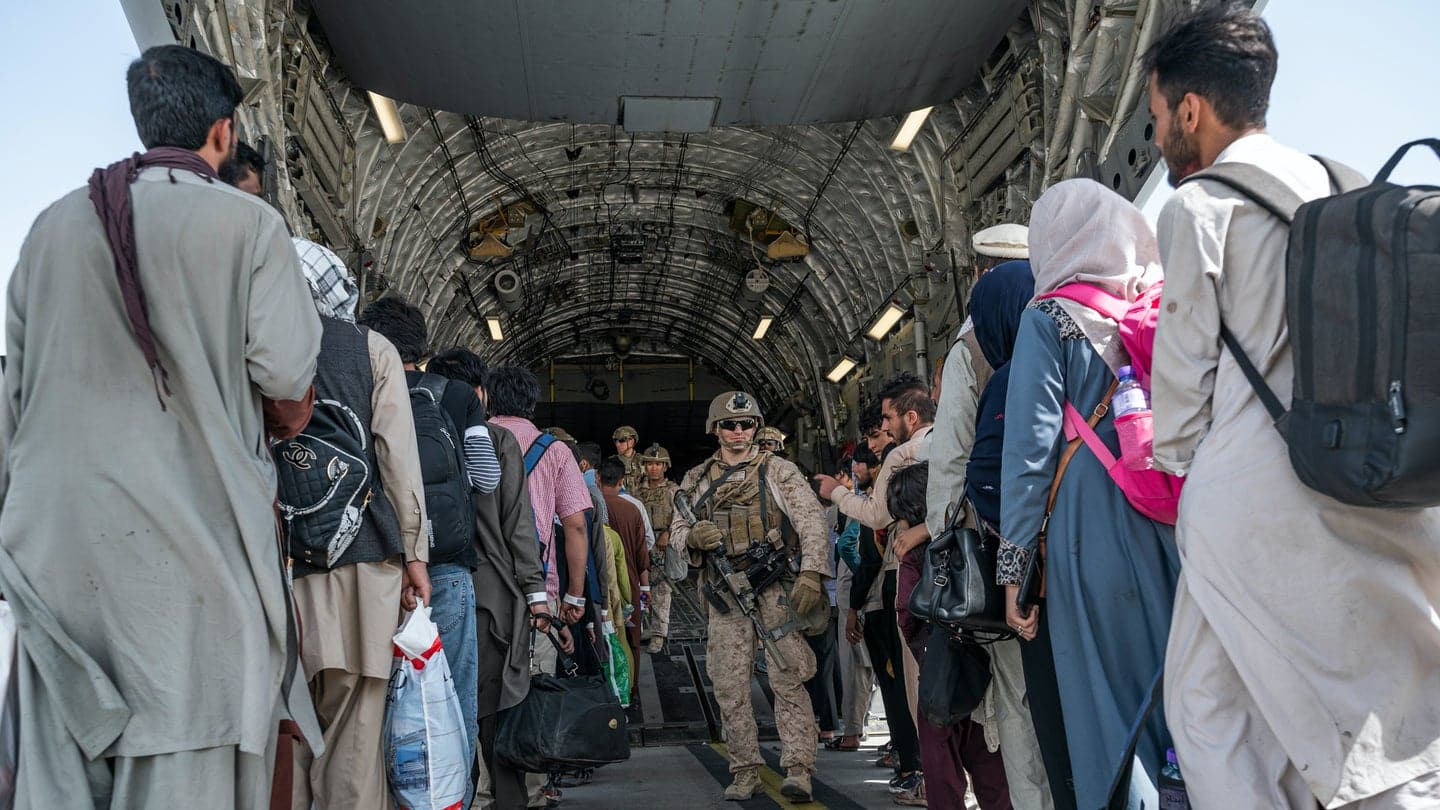 Four Portuguese military – all of them with experience of missions in Afghanistan – are on their way back to the embattled country today to contribute to the international effort to remove Afghans who have collaborated with the Western coalition.

The plan is to get ‘at least 50 Afghans out’ of Kabul before next Tuesday’s deadline of August 31 when American forces have agreed to evacuate.

The country’s new Taliban leaders have already stopped Afghans travelling to the airport where evacuations are taking place – and their spokesman Zabiullah Mujahid said yesterday that crowds crammed into the complex should ‘return home’. He said they will not face reprisals from the country’s new rulers – but no-one appears to believe this.

The chaos surrounding the frantic airlifting of thousands continues, with many allied countries offering help as reports circulate that radical Islamists could be planning an imminent terrorist attack, targeting the evacuation.

Portugal’s military are travelling with a Spanish contingent. According to Expresso the group belongs to the 6th National Force that terminated its mission in Afghanistan in May, as part of NATO’s ‘Resolute Support Mission’.

Meantime, back home, Évora university has announced that it will open its doors to 10 Afghan women. “We cannot remain indifferent to the suffering of the Afghan people, and more to the point, of Afghan women”, university dean Ana Costa Freitas has told Rádio Renascença.

The university’s offer has been transmitted to the Ministry of Science, Technology and Higher Education which will work on taking it up in articulation with the Ministry of Foreign Affairs.

Évora university has made this kind of gesture before. In 2015 when Syrian students were fleeing the war and crisis there, the institution took a group of around 30 students, fully supported by former Portuguese president Mário Sampaio’s ‘global platform of assistance for Syrian students’.