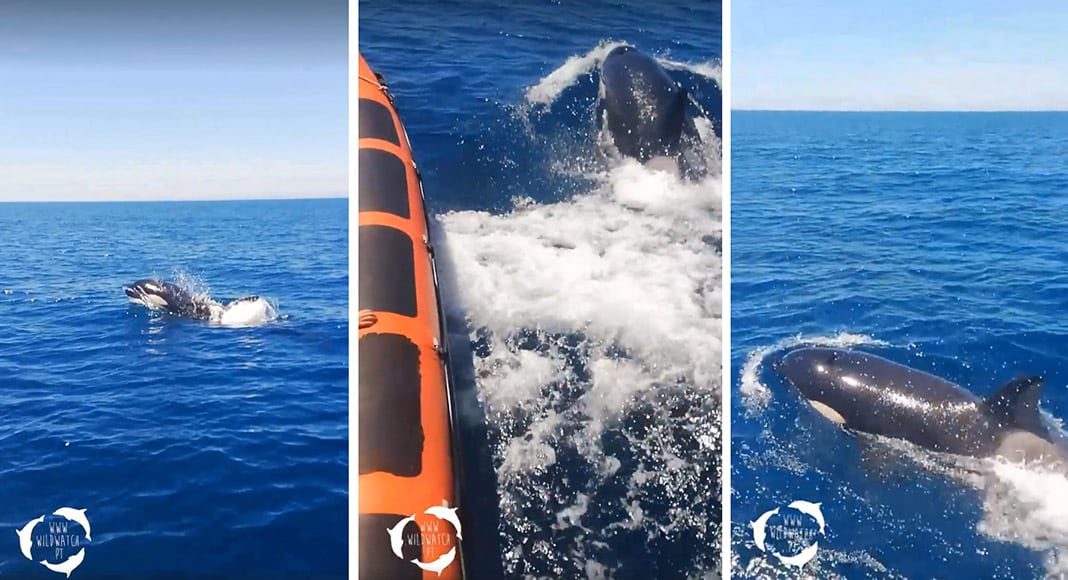 A pod of four orcas, commonly known as killer whales, were spotted five kilometres out at sea between Carvoeiro and Ferragudo on Saturday (July 25).

“It was one of the most spectacular sightings we have ever witnessed because the orcas were right beside our boat and even looked at us,” André Dias from dolphin watching company Wildwatch told Correio da Manhã tabloid.

The group included one adult male, one adult female and two young calves.

“The male orca must have been between eight and nine metres long and swam underneath our boat,” said Júlio Lourenço from Allboat.

Orcas often travel along the Algarve coast as they follow the annual tuna migration between the Atlantic and the Mediterranean.

While they have colloquially become known as killer whales, they are actually part of the dolphin family.

“Spanish fishermen began calling them killer whales because some of them would prey on smaller whales,” explained André Dias, adding that the orcas that visited the Algarve mostly feed on tuna and are not dangerous to humans.

According to National Geographic, orcas are the largest of the dolphins and one of the world’s most powerful predators.

“They’re at the top of the food chain and have very diverse diets, feasting on fish, penguins, and marine mammals such as seals, sea lions, and even whales, employing teeth that can be four inches long.”