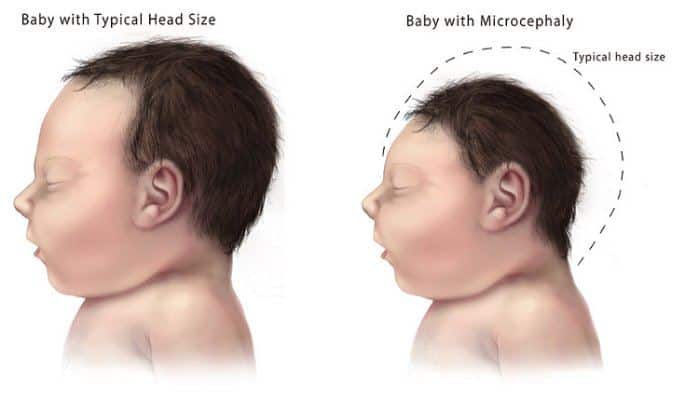 Four cases of the devastating mosquito-borne Zika virus – linked to horrific ‘shrunken head’ birth defects in Latin America – have been detected in Portugal.

This far, however, no pregnant women are thought to infected.

In fact, for now, cases appear to be limited to Funchal, Madeira, and all those testing positive have recently returned from trips to Brazil.

Health authorities are simply described as “attentive” for the time being, with everyone advised to cover up and use mosquito repellents if they are travelling to a long list of countries, including Cape Verde.

The official term: microcephaly is only one of the worst-case scenarios posed by Zika.

Another is the crippling Guillain-Barré syndrome – a nerve condition that can cause paralysis and leave victims on life support.

With travel warnings in place for pregnant women now covering at least 22 countries, including the Caribbean, women in Latin America are actually being warned to postpone pregnancies for up to two years as authorities try to come to grips with the problem.

In UK, where at least three cases have already been detected, scientists have developed a sterile male mosquito which they are now introducing into affected areas in Brazil, in the hope that its mating with reproductive females will tackle the outbreak ‘at source’.

For now, no one is sure why the outbreak has hit Brazil with such virulence.

Previously ‘contained’ in central Africa, it has been suggested the virus ‘made the jump’ via a tourist visiting the 2014 World Cup, or “an international canoeing event in the same year” (Guardian).

There is no known antidote for Zika, symptoms of which include fever, a rash, joint pain and headaches.

Only one in five people infected will go on to show any symptoms, but the virus remains in the blood of an infected person – and thus, in pregnant women, can get passed on to their unborn children.

With travel advice to pregnant women now being echoed by all major world governments, scientists are working overtime trying to stop the virus from spreading any further.

Zika testing for pregnant women is now being advised by the US centre for disease control, and anyone who feels ill and has been to any of these countries below recently would be advised to consult a doctor: