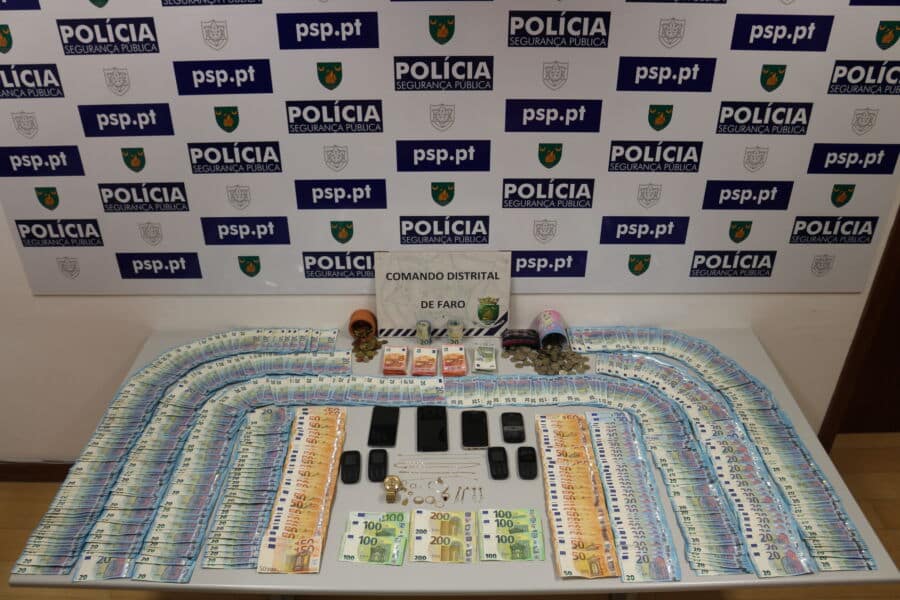 PSP police have announced that four men have been arrested for drug trafficking and around €25,600 have been seized as part of a mega operation in Faro.

The arrests took place on Tuesday (January 17) following searches at the homes of six suspects.

One of the searches was carried out with a tactical team from the Group of Special Operations of the PSP’s Special Police Unit due to a higher “risk” level, while the other searchers were aided by GNR police.

The four men, aged between 23 and 64, have already appeared before a judge and will await trial in preventive detention.

Says PSP Faro, this operation was carried out “in collaboration with Faro’s PJ police through the exchange and sharing of criminal information.”

Five people had already been arrested as part of the same investigation, the police force adds.