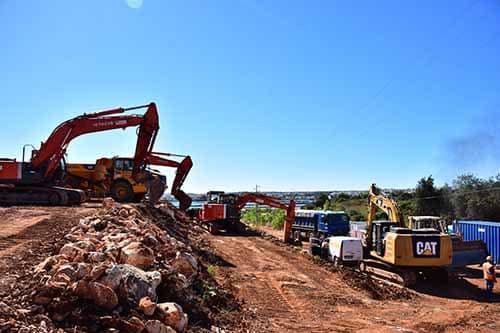 Members of the Anthony Ruys Stichting, a foundation set up by survivors and family members of those who died in the Martinair crash in Faro of 1992, are awaiting a response from the authorities after a new independent report has uncovered discrepancies in initial official reports into the accident.

The report, commissioned by Corrie and Iem Vroombout, whose 14-year old daughter Brenda died in the crash, has now been submitted to Martinair for consideration.

The president of the foundation, Joop Janbroers, told the Algarve Resident how he hoped this new report, which was undertaken by AvioConsult and published on February 14, will finally lead to the answers that the members of the foundation have been looking for since the crash 18 years ago.

Joop Janbroers said: “Almost all of us who were involved in the crash have never believed the original findings that our crash was caused by a gust of wind. Corrie and Iem Vroombout commissioned this new report by Harry Horlings to try and find out the reasons behind the death of their daughter.”

He added: “As a foundation we were not involved in the report and have been advised to wait until the official entities involved, including Martinair, are able to read the report and comment on the findings.”

The members of the foundation are hoping to end the years of confusion about the crash. Joop Janbroers said: “We have felt that we have been misled and lied to for years about the crash. We have asked questions that have never been truly answered and been accused of being “emotionally retarded” and therefore unable to question the case with authority.

“It got to the point where we were all starting to question and doubt ourselves. All we want is to get to the truth of the case and to end 18 years of being lied to.”

He said: “For many years we did not fly anywhere but there came a point when we thought we had to try and move on in our lives. We had been advised that the best way to move forward was to replace bad memories with new good ones, so in 2003 we called Martinair and told them we were ready to give it another go!”

Joop and his wife have now become fans of the Algarve, trying to visit as often as they can.

“For many years, the Algarve and Faro were terms that filled us with dread but now we love it here. Of course we are still nervous when we fly, especially on landing, but we have tried to move forward – all we need now is to find out the truth about the crash.

“We feel this is finally coming to an end now. We are not angry about the accident. After 18 years of waiting, we will just be relieved that it is all over.”

Speaking on behalf of the foundation, Joop added: “The survivors and family members of the Anthony Ruys Stichting have deep respect for Corrie and Iem Vroombout. They kept on fighting and digging for the truth all those years, although they had many troubles to overcome. But they did it. The truth was found and published. We know that they did this for their daughter Brenda, but we are all grateful to them.”

In the Algarve Resident edition of March 4 it was stated that Cor tenHove had been involved in the new report into the Martinair Crash of 1992.

A statement from the writer of the report, Harry Horlings, to the Algarve Resident said: “Cor tenHove offered his book to me only after the new report was released on February 14.

“The new study leading to the Horlings Report was initiated and commissioned by Mr and Mrs Vroombout and was solely made by SAP lawyer Mr. J.W. Koeleman, Dr. Ir. C. Spaans of Qualimax BV and Ing. H. Horlings of AvioConsult.”