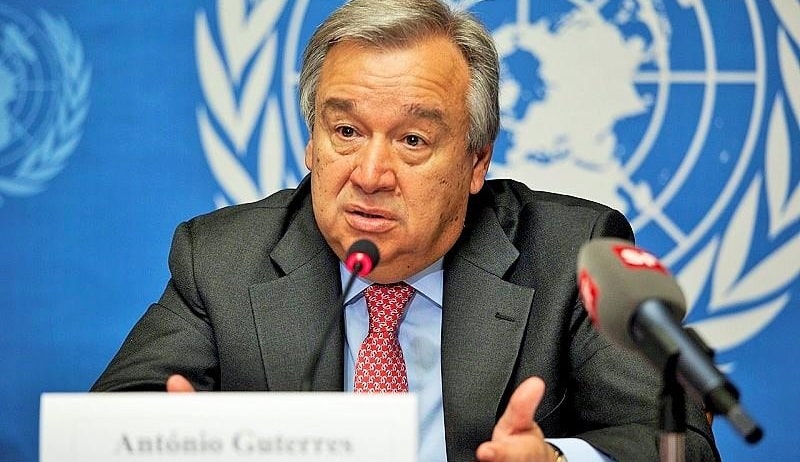 A group of more than 200 former senior United Nations officials have written to the organisation’s current secretary general, former Portuguese prime minister António Guterres, saying he must take a more active role in trying to broker peace between Russia and Ukraine.

If he doesn’t, they fear the UN risks becoming irrelevant, even disappearing.

“We want to see a clear strategy for re-establishing peace, starting with a provisonal ceasefire and the use of the UN’s capacity for good offices, mediation and conflict resolution”, the group writes.

“That could include visits to the conflict-stricken areas, discussions with the opposing sides, even moving your own office temporarily to Europe, closer to the urgently needed negotiations and, thereby, indicating the UN’s resolve to address this major crisis head-on.”

“We have decided to raise our voice out of concern for the existential challenge that the United Nations is facing in this historic juncture,” they write. “The Russian invasion of Ukraine severely undermines the post-world war two global order. It is the pinnacle of a series of threats to humanity’s peace and security, shared prosperity and respect for human rights that the UN embodies.”

According to the Guardian newspaper (UK) “critics say Guterres has been immobilised due to the scale of the splits between the permanent members of the UN security council, as well as by votes in the general assembly that have revealed deep divisions including the expulsion of Russia from the UN human rights council. Supporters of Guterres argue he has been as clear as he can in criticising the invasion as inexcusable and deplorable without jeopardising his professional role.

The authors of the letter admit they do not know if Guterres is involved in any behind-the-scenes mediation. “We know that you care deeply about ensuring a positive impact of our United Nations on humanity and the planet, which will also mark your legacy at the helm of the world body,” they write.

“We therefore implore you to intensify your personal efforts, deploying all capabilities at your disposal and acting upon lessons learnt from previous conflicts, for the cessation of hostilities and conflict resolution through peaceful means.

“This is the raison d’être of the United Nations, which is being tested again in this case. We are horrified at the alternative, the UN becoming increasingly irrelevant and, eventually, succumbing to the fate of its predecessor, the League of Nations, with the human losses and material destruction that went with it.”