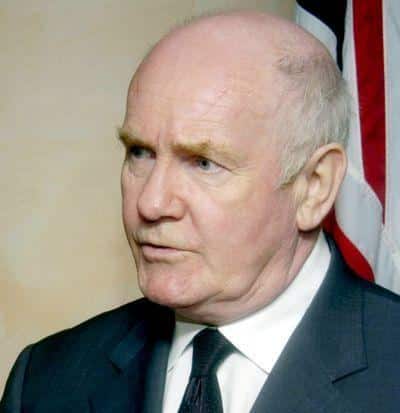 Speaking at a conference in Coimbra last week, former Secretary of State for Health, John Reid, argued that it was important and necessary to offer patients “greater power” within existing health systems and to “overcome ideological arguments against creating PPPs or Private Public Partnership alliances in healthcare”.

For John Reid, patient freedom of choice and competition between health institutions and authorities are vital for the modernisation and efficiency of a public health service.

“Any monopoly, either public or private, has a tendency to become rather sluggish, un-dynamic and averse to change, while at the same time not necessarily offering the patient the best choice and standard of health care service,” he said.

“What I believe is that there should be an element of competition within the public health service between health providers and hospitals as well as between the public and private sector, and patients should have access to freedom of choice as they would have in any other walk of life, like they do when they walk into a shop and decide to buy this or that product or service,” he added.

John Reid said that in the case of the United Kingdom, health service reforms had allowed patients to choose the hospital where they wanted to be treated, while both public and private hospitals, health authorities and services were judged on service quality and results, which was better than simply spending huge amounts of money in an all too often wasteful manner.

“Everyone wins with such a system – the private sector reduces its treatment costs and prices and instead of carrying out a restricted number of operations carries out thousands,” he argued.

John Reid said that such changes were also good for the patient since they had to wait less time for an operation and enjoyed a better quality service while the founding principles of a National Health Service, be it the Portuguese or British one, remained intact and uncompromised.

He said that during the Thatcher years, health expenditure had been lower than under New Labour, with expenditure never going beyond six per cent of GDP.

“When Labour came to power changes were introduced and health care expenditure reached levels in line with the European Union average of 8.5 per cent of GDP, which meant that although more was spent on health care, patient freedom and quality of service improved and prices fell in real terms because of competition,” he explained.

John Reid also said that the challenges facing national health services in Europe were similar ones because people were living longer but added that technology and pharmaceutical research was creating new treatment possibilities for cancer and other diseases which before had been difficult to treat.

He concluded that he believed that it was vital to strike a balance between protecting public health and preserving freedom of choice.

“I think it is, however, important for a government to intervene when lifestyle behaviour puts the health and wellbeing of third parties at risk as is the case with smoking and anti-tobacco legislation,” he said.