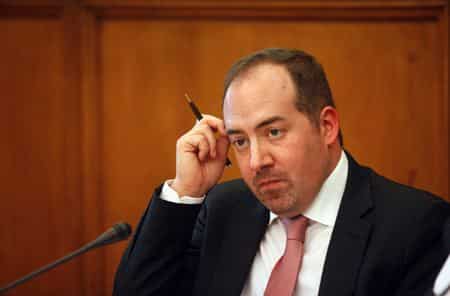 Another case going back years in which a former government minister is accused of costing the State millions.

This time it is former economy minister Álvaro Santos Pereira – now working at a top job in the OECD (Organisation for Economic Cooperation and Development).

He is accused of altering a clause in the contract for the purchase of 12 C-295 planes – signed in 2012 with a company now going by the name of Airbus Defence & Space (ADS) – which could effectively see the country “losing €120 million”, claims tabloid Correio da Manhã.

It is a very technical issue. As far as CM has explained, the country’s highest court when it comes to delivering judgement on public accounts, is simply ‘recommending’ that the clause be (re)tightened ‘in the event that the contract is renewed’.

The loss threatens to come from Santos Pereira’s reduction of non-compliance penalties for ‘contrapartida’ deals (compensation arrangements) from 25% to 10%.

Quoting the court, CM explains the decision went against the law where 15% is given as the lowest fixed rate.

Contrapartida deals are investments in the Portuguese economy factored into all kinds of government business with overseas suppliers.

These particular contracts come to an end on August 1, 2018 – while Santos Pereira, through his lawyers, has claimed that his dealings complied with the law, and were not 10% (as the Accounts Court read them) but 20% – 10% in bank guarantee and 10% in the form of corporate guarantee.

Whatever happens, it looks like the C-295 purchase will go down as (another) instance where the State’s purchase of defence equipment is dogged by controversy.

The Accounts Court’s conclusion is categoric, says CM: “Regarding the alteration of the contract for compensation arrangements for the acquisition of C-295 planes which took place in 2012 under the auspices of the office of the minister for the Economy and Employment, the interests of the State were not duly safeguarded”.