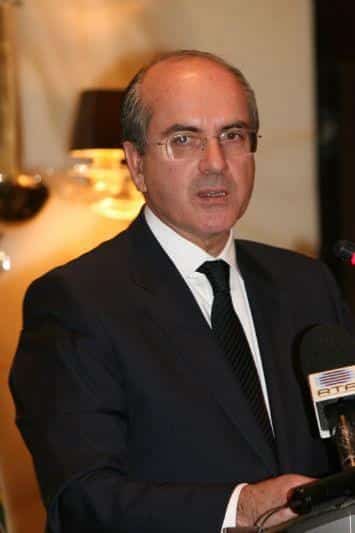 The former president of scandal-ridden, beleaguered bank BPP has refused to be drawn into discussions over his part in the collapse of private investment bank BPP.

Addressing journalists after an American Club luncheon last week where João Rendeiro was guest speaker, he said that news of the BPP Private Holding bankruptcy did “not correspond to reality.”

In his 30-minute speech on the current situation in the international financial markets on the afternoon when the Club celebrated the inauguration of the United States 44th President, Barrack Hussein Obama, he  welcomed the new leadership, stating the wish that he would represent the dawn of renewal and renewed hope for both the United States and the world.

“I would say that today we are all Americans and join with those who say God Bless America and President Obama,” he said.

The banker then went on to talk about the world economic situation and the global macro-economic outlook which was marked by “a strong slowdown worldwide”.

He warned that the current recession would be graver and longer-lasting if politicians across the globe failed to coordinate their policies and strategies to fight the financial and economic crisis, one marked by extremely low growth rates, an average 10 per cent unemployment right across the Western World with Europe and America in recession.

João Rendeiro said that unlike previous recessions this recession would be accompanied by extremely expensive and hard-to-get credit from financial institutions and expensive spreads.

He warned that some European countries would grow at 0.6 per cent in 2009, the United States 1.6 per cent, while countries like the United Kingdom and Germany could see growth rates shrinking to -2 per cent.

“More worrying are the differences in policies amongst the great economic blocks, where the logic of dealing with the international situation in China, India, the United States, and the BRICs (Brazil, Russia, India, China) countries all seem divergent,” he said.

“We live in extremely difficult times, more difficult than we have faced before with a lack of concerted coordination at a political international level,” he added.

However, the banker made it quite clear at the onset that he would not be talking about his former bank’s 247 million euro black hole.

“I don’t think this corresponds to reality. Now is not the time to talk about BPP. I am here to talk about international questions only. Besides, I don’t now occupy any post at the bank and this, being of an extremely complex nature, is not something that can be dealt with in 30 seconds flat,” he said.

When pressed further by the pack of reporters, including from the Resident, João Rendeiro refused to be drawn into the matter and irately said: “I’ve got nothing to do with this now, and it’s a matter for Privado Holding’s General Assembly.”