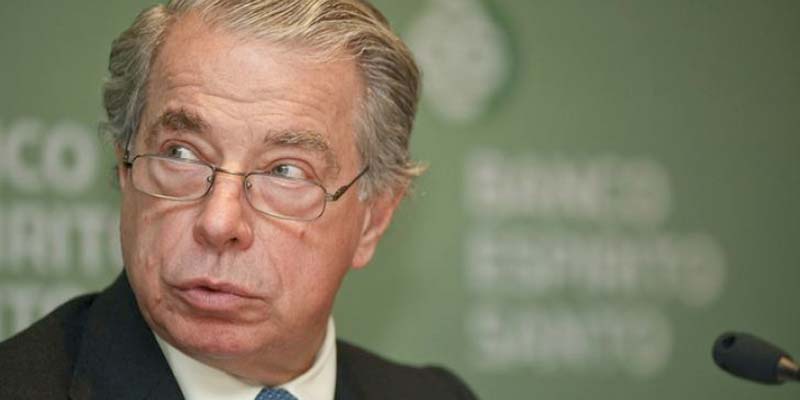 Seven years since BES bank collapsed, allegedly due to the underhand dealings of its masters led by ‘boss of all this’ Ricardo Salgado, Mr Salgado’s defence lawyers have called for a suspension of the current criminal process against their client, due to an advancing case of Alzheimer’s.

For the many hundreds of former BES clients hoping/ waiting for their own case finally to reach a courtroom, this news will come as yet another hammer-blow.

If Mr Salgado is deemed unimputable in this case, he will almost certainly be considered incapable of answering the multiple charges stacked up against him regarding BES and Monte Branco corruption investigations (click here).

According to Lusa, the clinical specialist accompanying the former president of Grupo Espírito Santo says Mr Salgado is showing “a progressive worsening in cognitive and motor limitations” to the point that “the clinical picture of cognitive defect that he currently presents limits his ability to make statements in full use of his cognitive faculties”.

Defence lawyers Francisco Proença de Carvalho and Adriano Squilacce add that “a context of stress or anxiety could lead to a deterioration of the state of health of the defendant, aged 77” and that in the face of “proved psychic anomaly of Alzheimer’s Disease” it would be best to suspend the present case – being heard after extraction from the wider Marquês corruption investigation.

If the court decides against suspending the case, the duo reinforce that they will make every effort to make sure the case is archived and will act likewise in the case of any kind of prison sentence proffered.

Hearings in Mr Salgado’s case – on three counts of abuse of confidence due to transfers of almost €11 million – have been interrupted for around a month.

He has not once been in court himself.

Says Lusa, the trail is due to reconvene on Friday October 22 with the hearings of last witnesses Jean-Luc Schneider, Alain Rukavina and Ricardo Gaspar Rosado de Carvalho.

Final allegations are also scheduled for the same day.