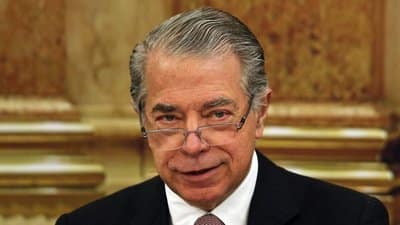 Former BES banker Ricardo Salgado learnt this week that he is facing yet another fine as a result of the financial collapse of his family’s banking empire back in 2014.

But despite the eye-watering numbers involved (this latest fine is €1.8 million, one of the others is €3.7 million) there is little chance of him paying up anytime soon – and his lawyers have said he will be appealing, anyway.

Salgado is quoted as describing the latest censure as an “injustice”.

It emanates from the Bank of Portugal which also levied fines against other former BES bosses, and two of the (insolvent) institutions involved: Espírito Santo Financial Group and BES (better known as ‘the bad bank’).

These latter two have had their fines totalling €4.4 million suspended for two years explain reports in the tabloid press, in order to protect creditors “of which the Bank of Portugal itself is a privileged one and passes in front of all the others”.

Media outlets have simply repeated the sums involved, and the reasons bank regulators have given for issuing them. No news source has hinted at the improbability of the fines being paid.

Since the fall of BES, reports have explained that all Salgado’s assets have been seized by the authorities, and the available cash he had kept as bail for two major corruption probes: BES and Monte Branco – neither of which have shown any dynamic signs of actually reaching a courtroom.