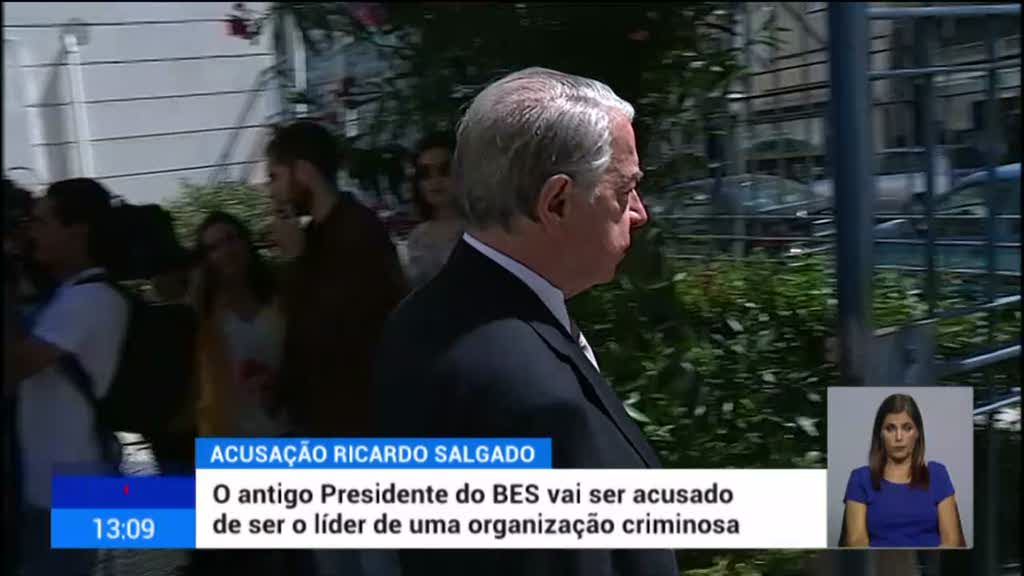 Six years on from the collapse of his family’s private bank, BES (Banco Espírito Santo), Ricardo Salgado stands poised to be accused of leading a criminal organisation with the bank. Say reports, he’ll facing unprecedented charges for a banker in this country.

The Public Ministry is expected to finalise its accusation by Wednesday (July 15).

From today the list of 41 ‘arguidos’ will start being notified.

According to Sábado, the investigation involves a dossier of over 3,000 pages.

The ‘nitty gritty’ is that Salgado created a network “without the knowledge of most of the management team and supervisory entities, namely the Bank of Portugal” to “commit crimes in an organised manner”, the objective of which seems to have been to finance  debt in the family’s businesses.

Said ECO insider: “The arguidos in this case – particularly Ricardo Salgado and Amílcar Morais Pires (a former BES director who has been condemned by the Bank of Portugal over three ‘offences’ involving BES’ bank in Angola) – have already been notified that they will have to face the case being led by the Public Ministry, and that they now have 10 days to answer, if they understand this. The notification corresponds in practice to a resumé of what will be in the accusation. It will make the whole case clear: criminal association, falsification of accounts of Espírito Santo International in Luxembourg and the use of various entities of the group, from BES, to Rioforte and ESFG (Espírito Santo Financial Group) to mask a gigantic financial hole, and the bank’s collapse in 2014”.

The alleged ‘fraudulent strategy’ will have been in place since 2009 until mid-2014, ECO concludes.

To a large extent, this has all been repeatedly and minutely aired in the national press for years. But what does appear to be ramping up is pressure by the BES group of ‘victims’ (people who lost their life-savings in BES’ collapse) to be allowed to become assistants in the case.

More than that, these victims are calling not only for the 41 bankers et al to sit in the dock, they are demanding charges be brought against the State, the Bank of Portugal and market regulators CMVM.

Said the group’s lawyer Miguel Reis, his clients want the Public Ministry to investigate the directors of the Bank of Portugal, the Resolution Fund (made up of the country’s banks) and CMVM”.

The victims say that after all these years “we are facing a real attempt to stifle the responsibilities of the State and regulators” in this banking fiasco, said Reis.

It is as if “everyone was a choir boy” and Ricardo Salgado the only “monster that caused all the misfortune that victims have had to endure”.

To a certain extent, this is very much what Mr Salgado himself has been saying from the outset (click here).