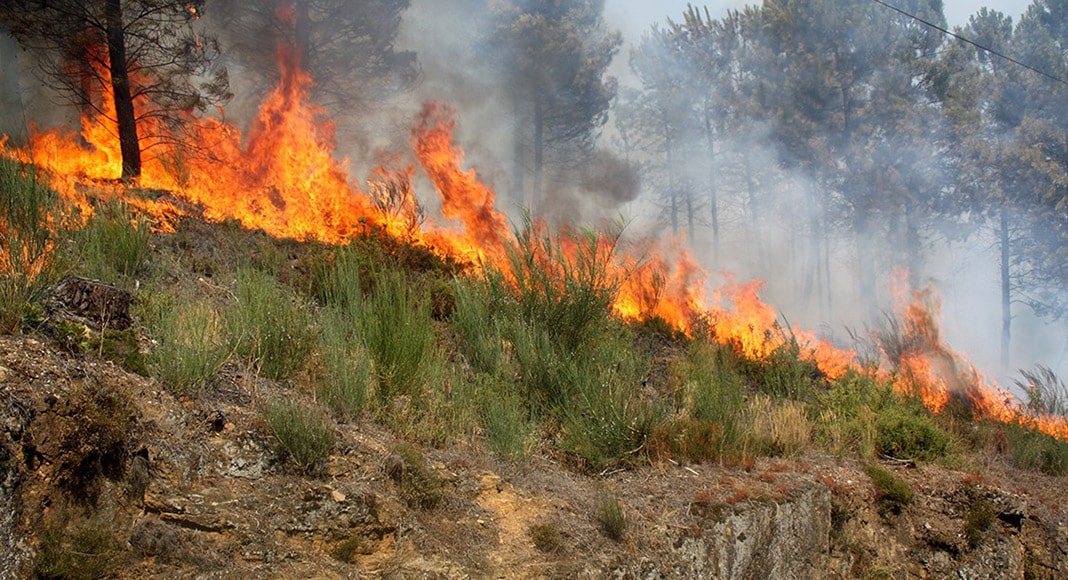 Forestry businesses are demanding “solutions” following over a week of successive government ‘fire alerts’ which have stopped them all working.

ANEFA, the national association of businesses working in forestry, agriculture and the environment, says authorities are using the alerts – announced through the press and via a campaign of mass text messaging – as a form of “legal subterfuge” to avoid facing up to their own responsibilities.

Said the association’s president Pedro Serra Ramos: “If the State cannot monitor and check the forests then it needs to find ways for doing so. This is why we pay our taxes. It can’t simply turn up and tell businesses to stop working”.

Serra Ramos said the blanket bans on ‘any kind of activities’ in the forest throughout the country make no sense at all. “

In some regions, for example, “it was raining” on one of the days alerts went out.

Yesterday (Thursday) in parts of the north temperatures were in the mid-20s – but because of yet another national ‘State of Alert’ (enforced until midnight today), all work in forests in the north has had to stop.

“We just can’t understand it”, Serra Ramos told Lusa news agency. “The risk of fire is not the same all day, it isn’t the same every hour and isn’t the same in every region”

In the north yesterday there was no wind, he said, no elevated temperatures – basically nothing to stop companies from doing seasonal clearing work which they have hired staff to do and which is needed for the planting out of land in October, November and December.

ANEFA represents about 2,000 companies, explains Lusa. Pedro Serra Ramos’ fear is that unless they can be allowed to work “sooner or later there will be a flood of insolvencies, greatly increasing the level of unemployment – and all this in a sector that has the conditions to work”.

“The State should not be able to stop businesses from working in order to safeguard itself from the possibility of an outbreak of fire”, he stressed. “If it wants to go to these extremes, it may as well stop people from driving their cars”.

“We are in an unimaginable situation of distress”, Serra Ramos explained, because at this time of year, a lot of companies rent accommodation for seasonal workers. “Who is going to pay for this?”

Says Lusa, ANEFA’s concerns have been directed to the Ministries for Interior Administration and Environment, as well as to the President of the Republic, but as yet “have received no reply”.

Just as this text went online, the government prolonged the latest ‘Situation of Alert’ to ‘the end of Sunday’.

The announcement stressed that certain activities in rural areas like ‘the feeding of cattle, pruning, irrigation, cork extraction, collection of honey and agricultural crops etc.’ were all permitted as long as they did not constitute a fire risk.