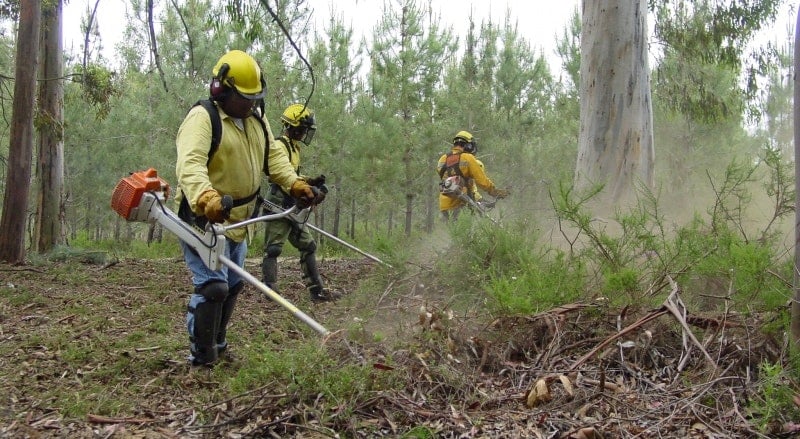 Portugal’s national association of forest, agricultural and environmental companies (ANEFA) has slammed the government over its successive “alert dispatches and communiqués” regarding rural fires, which force a halt in their activity whenever there are excessively high temperatures.

“Although it is understood that the risk of fire is high (…) there are jobs that can be carried out under these conditions and as such, a ban of this type leads to the deprivation of a fundamental right of all, which is the right to work,” warned ANEFA in a statement.

“Companies cannot stand idle – since their workplace is the forestry / rural areas – and reach the end of the month and have to settle their commitments to workers, suppliers and the State.“

ANEFA adds that there are jobs, that “even by their nature”, contribute to a “reduction of existing biomass“, thus actually reducing the risk of fire. These include re-filling and transport operations, that by their very presence in forested areas help prevent “any criminal attempt to spread fires”.

The association recognises there are jobs that “should not be carried out at certain times” and says it knows that “it is not easy to monitor” the situation, given that extreme temperatures are becoming more frequent. However, it warns that “this increase in frequency” also brings with it an “increase in the difficulty of companies” in “financially supporting” the situation.

ANEFA’s statement also refers to the fact that the industry is beginning “to have no raw materiald to work with”, as companies “are prevented from entering the forest” to collect them.

Bottom line: the companies view the government’s stance as “a nonsense”, says Lusa.

“People who are used to their surroundings and know them better than anyone else, contribute in some way to the removal of fuel” present in forested areas and who “almost always” are part of the first responders.

For ANEFA, the continued publication of situations of alert “will certainly lead” to the closure of hundreds of companies that “can no longer afford this situation”.

The “indifference towards the situation of forestry companies in this process is too serious“, the association concludes, adding that the sector represents 4% of the national Gross Domestic Product (GDP).

ANEFA’s statement gels totally with an opinion article published yesterday in which political journalist José Gomes Ferreira accused prime minister António Costa of “understanding nothing about life in the countryside”.