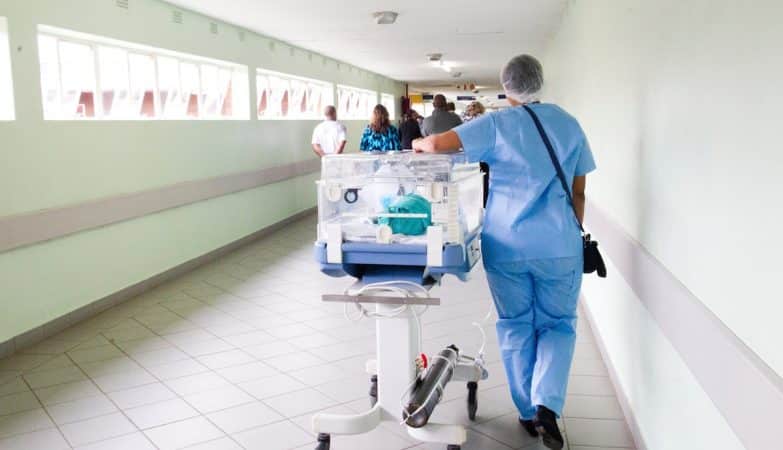 Expresso this week has headlined with claims that the Portuguese SNS public health service is being “used for free medical tourism”.

The paper has honed in particularly in the number of pregnant women from PALOP countries (Portuguese-speaking, particularly in Africa), India, Pakistan and Bangladesh, who arrive here to have their babies, and then move on (either returning home, or continuing on with their ‘migratory route’).

The paper claims these foreign women manage to get an SNS user number by simply turning up at a health centre with their passports, and even give their addresses as those of the hotels in which they are staying…

Then there are Americans, allegedly, who “only come to request treatment for HIV and PrEP”, as well as other nationalities that want medication for chronic illnesses” because treatment in their own country is “very expensive”, a doctor is cited as telling the paper.

A nurse “from Cascais” suggests some of these ‘health tourists’ are simply in the country for a few days. “They come very well informed on how they can take advantage of everything. We receive people from all over the world, but the most frequent are Brazilians. They come asking for treatment for HIV and syphilis, pregnant women or new mothers, with babies also infected come, asking for vaccines or expensive tests…”

The “phenomenon” was initially identified by immigration and borders Service SEF, says Expresso, but has ended up with the country’s criminal investigation police the PJ because SEF is being slowly disbanded

Within hours of the story being published, however, the health ministry refuted Expresso’s interpretation of the situation.

Says Lusa, “it clarified that the responsibility of the financial burden with the provision of care in the national health service (SNS) to foreign citizens with temporary residence in Portugal is not covered by the SNS”.

The health ministry “explained that the use of SNS presupposes the attribution of a national health user identification number which, among other provisions, associates the existence of the so-called “Third Party Payer”, a situation that applies, for example, to situations of people with temporary residence in Portugal.

“According to the ministry, 1,560,468 foreigners are registered in the national health user identification number register (RNU), of which 457,436 correspond to the situation called “Third Party Payer”, which are cases in which “citizens have access to the public health service, but in which the financial responsibility for the charges arising from this provision is not borne by the SNS“.

“The SNS plays a central role in guaranteeing the right of access to health care in Portugal, within the framework of a social state which is based on principles of equity, solidarity and free cost health care at the moment of provision, thus guaranteeing the provision of timely and quality health care to those who need it, regardless of their economic, social, geographical or even legal status, in the case of immigrants”, the ministry told the State news agency.

The ministry’s source also underlined that “one of the lessons of the pandemic is that health is increasingly global and interdependent, so that the major health challenges require coordinated and interlinked responses among States, just as the response to individual needs requires solidarity and international cooperation”.

The SNS organizational model is assumed as “an essential service to promote and protect citizens’ health and safeguard public health, incorporating administrative issues that reinforce Portugal as a country with solidarity and integration of all”.

What the health ministry’s official source did not explain however is HOW the SNS manages to securee reimbursement from Third Party Payers when these have left the country with no forwarding address – which is the crux of what Expresso has been trying to point out.

Reading between the lines, therefore, under SNS rules, these foreigners are not meant to be enjoying free health care in Portugal – but that doesn’t mean that they don’t.