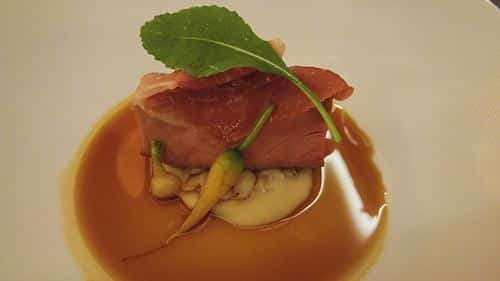 The Algarve Resident’s Editor Inês Lopes caught up with the man behind Primark’s Iberian operations, José Luis Martinez, on the official inauguration day of the Aqua Portimão shopping centre.

Dozens of journalists descended on Portimão on April 13 for the official inauguration of the western Algarve’s largest shopping centre Aqua Portimão, located in the Cardosas/ Boavista area.

On a hot afternoon, workmen and shop assistants could still be seen working on the final preparations for the grand opening to the public the following day.

Nearly 140 stores can be found spread across the spacious and bright Aqua Portimão, which represents an investment of €106 million by the Klépierre and Generali Immobiliare companies and employs more than 1,800 people.

On the day, the Algarve Resident was given a tour of the Primark store followed by a one-to-one interview with its Iberian Peninsula Director José Luis Martinez, who, in perfect English, explained why the brand is such a people magnet wherever it is based.

With two shops already open in Portugal, in Lisbon and Porto, the Algarve was the next obvious move, due to the large number of foreign residents and tourists who are so familiar with the Primark brand of quality fashion at the cheapest prices on the market.

As soon as you step into the store, it becomes clear that every effort has been made to attract customers into the store with the latest fashion trends marked €3 and €4 prominently on display right at the entrance.

José Luis Martinez told the Algarve Resident: “Age really is just a number so Primark’s target audience is everyone. We sell everything from women’s, men’s and childrenswear to homeswear, bags and accessories.”

A wander around the 3,045 square metres that make up the shop, still immaculate-looking before the grand opening to the public, was an opportunity to understand the retail group’s concept, which is the same as in the UK and Ireland with “minor adaptations”.

José Luis Martinez explained: “The season’s collections have to be introduced according to a country’s climate. Here in Portugal, the weather gets warmer earlier than, say, countries in Northern Europe. This is something we have to consider when we open stores in different countries.”

The Algarve Resident was aware that many of its readers had been waiting in anticipation for the opening of the Primark store in Portimão and so wanted to know if the 196 staff that the store is employing would be able to communicate with its foreign customers in English.

“We have employed and trained people who live in the Portimão area and although not all of them speak the English language fluently, there will always be someone available in the store to help foreign customers,” said José Luis. “We want them to feel at home here.”

“We want to bring the best Primark has to offer to not only the British and Irish residents here that know the brand so well, but also to the local Portuguese community, who will benefit enormously from our quality fashion at bargain prices especially in the current economic climate,” he said.

José Luis did not want to reveal the exact investment made in the Portimão store, but when asked to reveal the secret to the brand’s success, he was quick to answer: “All the latest fashion trends at unbeatable prices can be found here.”

And how could Primark keep prices so low? “We have a team in the UK who travel extensively around the world to find the best suppliers. We don’t have intermediaries and as you can imagine, we work with very low profit margins. Our main source of advertising are the shopping bags customers carry, something that helps us keep prices low.”

The Primark store at Aqua Portimão can be found on the first floor, store nº 1002, and clothes labels include both English and European sizes.
1″>news