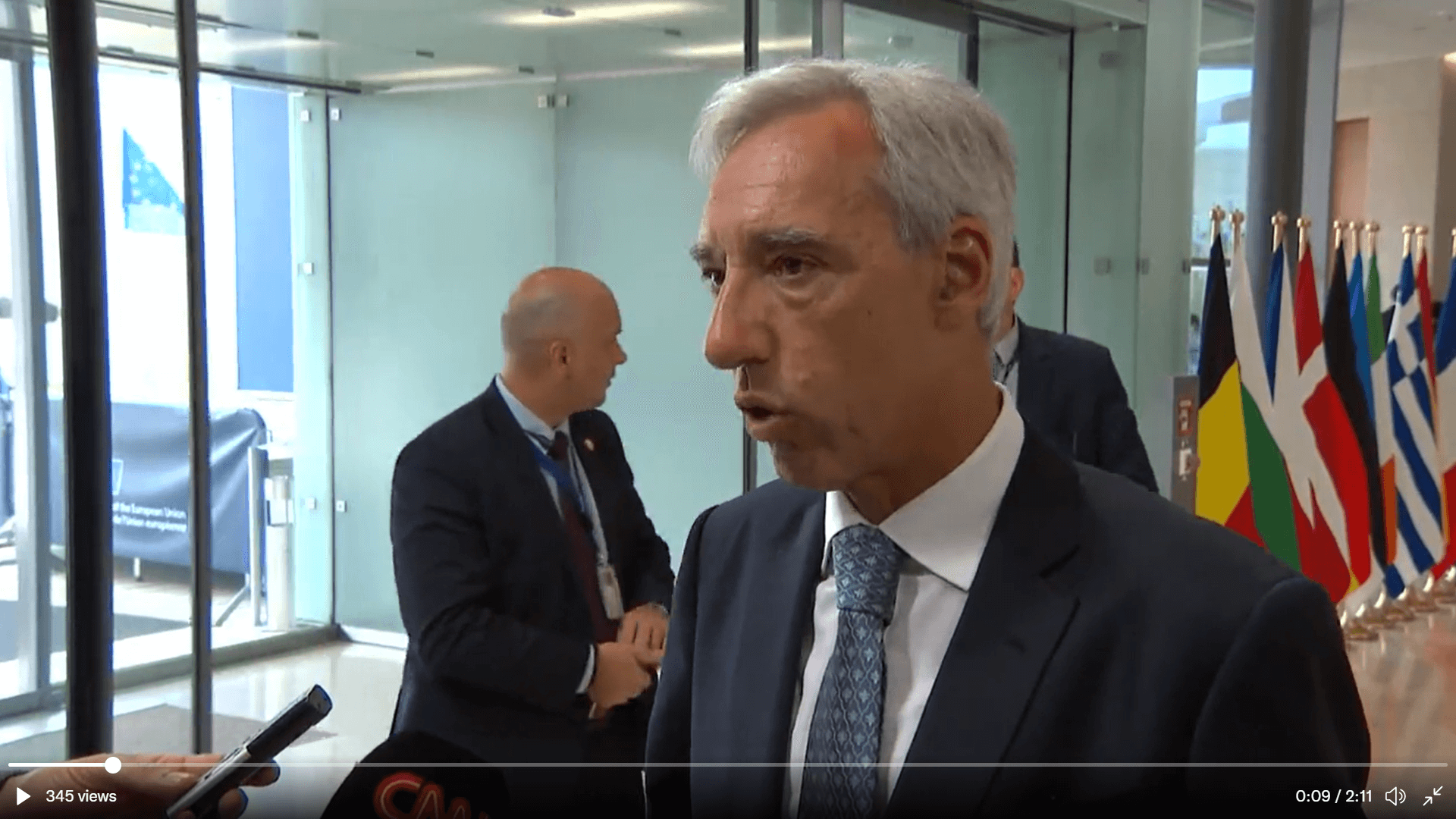 Russia adept at associating Western sanctions with famine in Africa

“Russia is using famine in other parts of the world as a way to increase its pressure. It is an instrument of war against Ukraine”, he told journalists in Luxembourg.

The Kremlin has managed “to develop a narrative that wrongly associates Western sanctions with the impact on world food security”, he said.

Taking part in a meeting of EU counterparts “focused on the geopolitical consequences of Russia’s invasion of Ukraine”, Mr Gomes Cravinho said “the rest of the world” appears to be swallowing Russia’s bogus narrative – when the truth is that it is Russia’s ‘actions’ (not the West’s response to those actions) that is creating global grain shortages.

The current blockade, for example, on grain exports out of Ukraine “is not about sanctions – not least because sanctions exclude the possibility of distributing agricultural produce,” he explained.

“Recently, the president of the African Union, the president of Senegal (Macky Sall) was in Moscow and unfortunately he did not have enough information to counter the arguments presented to him by President Putin.

“Our role is to demonstrate that these arguments are false and there is a lot of work to be done now. What we agreed was that among the 27, and also with the High Representative (Josep) Borrell, we would make our efforts to demonstrate to our African colleagues in relation to what is the reality on the ground.”

“Portugal has very close contact with a number of countries on the African continent and also with countries in Latin America; the fundamental thing is to demonstrate, with our arguments – and we have all the arguments ready – that the consequences (on food security) are the result not of the EU’s actions, but on the contrary, of Russia’s actions.”

Gomes Cravinho stressed that the EU has already approved an action plan “to help countries in other parts of the world deal with the consequences” of Russia’s invasion of Ukraine, via “the development of a set of initiatives related to supporting food security in Africa, with ‘solidarity lines’ that seek to help Ukraine dispose of its agricultural production”.

As for exporting by sea, “negotiations for unblocking the sea routes are being led by the United Nations”, he said, insisting that “the unblocking of the ports is a problem that should have a diplomatic solution, not a military one”.

Meantime, “the EU has an action plan for land transport, which naturally has the disadvantage of dealing with smaller amounts (of grain and cereals) because it is more difficult to transport by land and train – but it is possible at this stage,” he insisted.