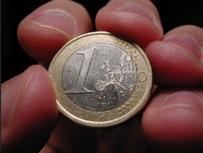 DIVERSIFICATION IS an important factor in your investment portfolio, which should normally contain a cross-section of cash, bonds, property and equities to ensure the best returns possible with the lowest level of risk for your objectives to be met.

By diversifying the asset groups in your portfolio, it allows for those that may not be doing well, to be balanced by those that are doing better at any time in the economic cycle. For example, if the stockmarket is behaving poorly, returns are usually supplemented by better than average performing bonds. Within each type of asset class in your portfolio, the components should still be diversified.

Equities are generally considered riskier and more volatile than bonds, although they do offer higher potential growth over the medium to long-term.

Bank deposit and building society accounts are safe from volatility but have no capital growth potential and are susceptible to high inflation. The interest earned, or ‘income’, is minimal when interest rates are low.

For something reliable, and more stable, that will give you a steady fixed income (usually higher than bank and building society accounts) as well as growth, bonds are best.

Probably the safest type of bonds is government bonds, otherwise known as ‘gilts’ in the UK. You loan the government some money and, in return for the use of your money, the government agrees to pay you regular fixed interest, over a set period of time. Government bonds are considered to be low risk because it is unlikely that the British government (or any other major economy) will default on its commitment. Low risk usually means low returns, but at least they are reliable.

Corporate bonds are issued by companies wanting to raise capital and can be high, medium or low risk. The risk is assessed on the credit worthiness of the issuing company or organisation. Companies that are likely to default on their payments to bond investors are given low ratings, while established companies with a good track record are given a high rating. Those corporations with a low rating will offer a higher yield in order to attract investment.

Corporate bonds are generally issued by industrial companies, financial firms, public utilities and transportation companies. They usually pay a higher rate than government bonds because they carry a greater risk of default. If a company does go bankrupt, bondholders have prior claim over stockholders on the company’s assets.

High-yield bonds are issued by companies with a low credit rating. High-yield bonds are often issued by young, growing companies that need capital and have not yet established reliable credit worthiness. In other cases, companies that are raising funds in a sector that is out of favour may also be required to pay higher rates of income on their issuance, in order to attract investors. The level of risk in such investments is lower than that attached to equity in the same company.

Apart from paying a higher yield, these bonds are attractive because they have the potential for capital appreciation. If the company does well, then the price of its bond will increase, because its credit worthiness improves over time.

The credit worthiness of an issuing corporation is assessed by two main rating agencies: Standard & Poor’s and Moody’s.

High-yield bonds can be split into two groups:

Fallen Angels are bonds that were once investment grade but have been downgraded to a non-investment grade, because of the issuing company’s reduced credit worthiness.

Rising Stars are bonds where the rating has been upgraded due to the issuing company’s improved credit worthiness. They could still be classed as speculative but are rising towards investment grade.

Bonds are part of the asset group known as fixed-income securities. They perform better when interest rates are low and pay interest regularly either monthly, quarterly, biannually or annually. However, bonds are not without risk and to get the best out of a bond’s performance and to control and lower the risk, it is better to buy a bond fund rather than individual bonds.

A bond fund allows you to diversify through different corporate sectors, geographical areas, currencies and credit ratings. Interest payments can be reinvested in the bond fund to encourage growth. Best of all, it may be possible to put the bond fund in an insurance wrapper, which will have some tax-free elements.

Whether it is separate bonds or a bond fund that is of interest to you, managing bonds is a highly skilled job. Bonds work best in a fund that is looked after by an experienced bond fund manager, who will buy and sell bonds in a fund according to their performance, making sure that they are well diversified and paying the optimum yield for the fund holder.