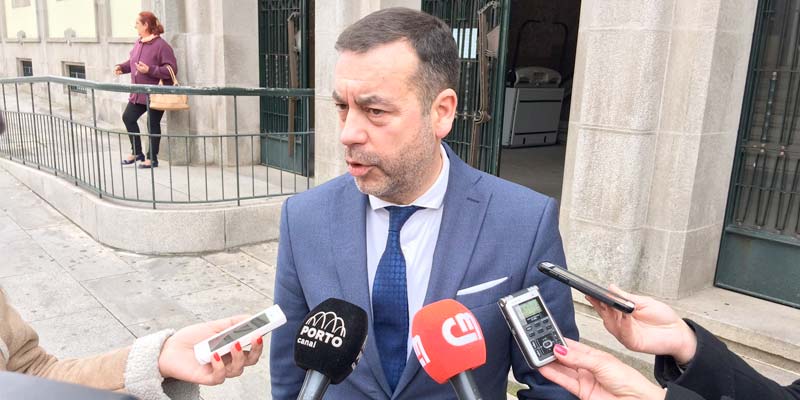 With Football Leaks source Rui Pinto still in preventive custody – hailed as a truth-fighter by some, and a criminal by others – PJ investigators have named a new ‘arguido’ (official suspect) in the high-profile case while Russian authorities are said to be among numerous countries vying for Pinto’s controversial information.

Meantime the interest in this case peaked again on Monday when euro MP Ana Gomes hosted a debate on the issue of whistleblowing suggesting Pinto faces an uphill struggle pleading the defence of the public interest because Portugal’s judicial system has “criminals infiltrated” within it.

It was a moment that almost took the debate into a whole new area – not because the likelihood of Pinto receiving fair treatment was questioned (Pinto himself has been saying this for months) but because a sitting politician appeared to be saying that she is aware that criminals operate within her country’s justice system.

Gomes told her audience that it was “not extraordinary to see henchman facing trial while the real people responsible get away without the bat of an eyelid”.

Somehow the focus returned to the matter in hand: a 31-year-old computer genius with information, according to his lawyers, on “high ranking public and private figures beyond the world of football who are connected to organised crime”.

As has been repeatedly explained, Pinto stands accused of six crimes: two of illegal access, two of violating Portugal’s secrecy of Justice, one of offence against a collective person, and one of extortion.

Reports on the welter of IT material ‘apprehended’ stress PJ police only plan to take action on information that “was not obtained illegally by Rui Pinto”.

And this is the nub of the issue: Ana Gomes, for example, has argued it is irrelevant how Pinto came by his information, what is important is the allegedly murky business dealings his information appears to have exposed.

Late last week it was reported that authorities in Russia have sent an official request to Portugal’s Attorney General’s office, asking for information on cases involving Pinto. Other news sources cite at least three other member States who want to “collaborate” with him over the Football Leaks dossier. What Gomes finds intriguing is that Portugal isn’t.

Addressing journalists at the press conference held in the offices of the European Parliament in Lisbon on Monday, she queried: “Portuguese authorities don’t want to look into and unravel the network of organised crime behind Football Leaks? Even when the chief source of information is in their custody?”

Authorities however have moved on accusing another person with regard to Pinto’s alleged crimes: his former lawyer Aníbal Pinto (no relation).